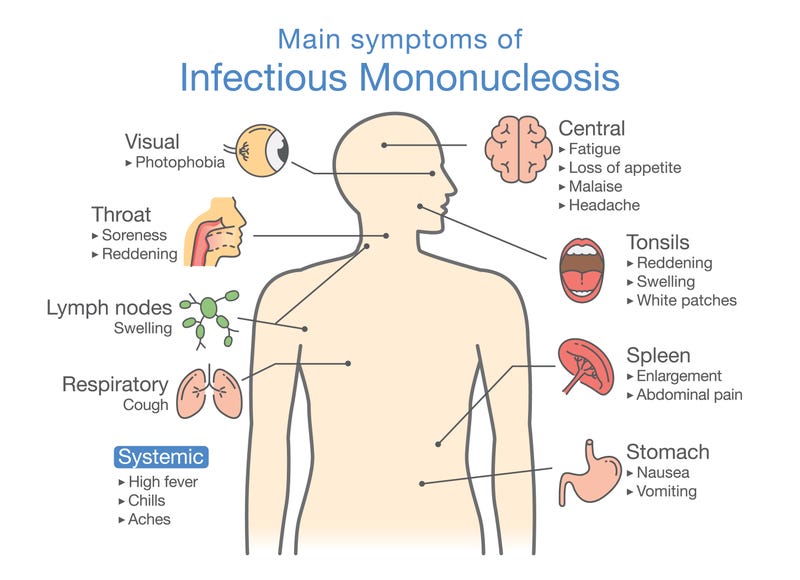 PHILADELPHIA (KYW Newsradio) — What has been called “the kissing disease” remains one of the most commonly spread viruses in the world — and it’s not going anywhere.

Infectious mononucleosis, or “mono,” is a viral syndrome with several classic symptoms, including fever, pharyngitis (sore throat) and posterior glandular lymphadenopathy (swollen glands). It is spread through saliva from the person infected — via shared utensils and water bottles, for example, and through kissing.

The most common cause is Epstein-Barr virus (EBV). And because a person can be infectious for as long as seven weeks, mononucleosis can spread easily. Not everyone who contracts the virus develops mono symptoms; some people just carry the virus.

It is estimated that two-thirds of people between ages 6 and 19 have been infected. According to the Cleveland Clinic, 90% of Americans have had it by age 35.

Treatment is supportive — rest, fluids, and pain- and fever-reducing medications to relieve symptoms. People usually recover from EBV infections in two to four weeks. Some people may feel fatigued for longer than that.