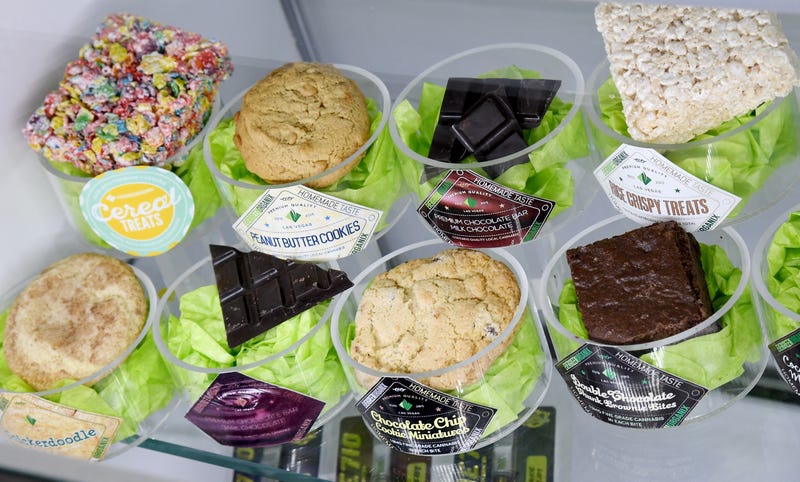 PHILADELPHIA (KYW Newsradio) — When it looks too much like the real thing, it may be best to keep it out of sight.

That’s the message the New Jersey Poison Control Center is sending out to parents, alerting of them an increase in child hospitalizations for marijuana edibles.

According to the center, young, school-aged children are finding edibles around the house — items that look enticing and familiar, like baked goods or candy.

Poison control centers across the country have seen an increase in calls regarding children who accidentally ingested marijuana products. In 2020, the New Jersey Poison Control Center treated more than 55 children under the age of 5 who consumed edibles, and more than 30 kids between the ages of 6 and 12.

“We’ve had about a 600% increase from 2018 to 2020,” added Dr. Diane Calello, executive and medical director of the center at Rutgers New Jersey Medical School. “If a young child gets into a high dose for that child — of THC, which is kind of the active ingredient — they can have seizures or hallucinations and end up in the hospital. In rare cases, can even stop breathing.”

Children are likely to ingest many edibles at once, as they often look like a small, store-bought snack. And unlike adults, she said it’s easy for them to overdose.

In severe cases, children may need to be put on a ventilator.

New Jersey is getting closer to rolling out legal recreational marijuana, so Calello said it’s important to keep these products out of a child’s reach.

“If there’s a brownie or a candy that looks like a popular brand name, that is a setup for disaster with a young child. So try to avoid purchasing things that look like a kid would really like it,” she advised. “And then also (setting) safe storage up and away and out of sight from young children in the home is really the most important thing you can do.”