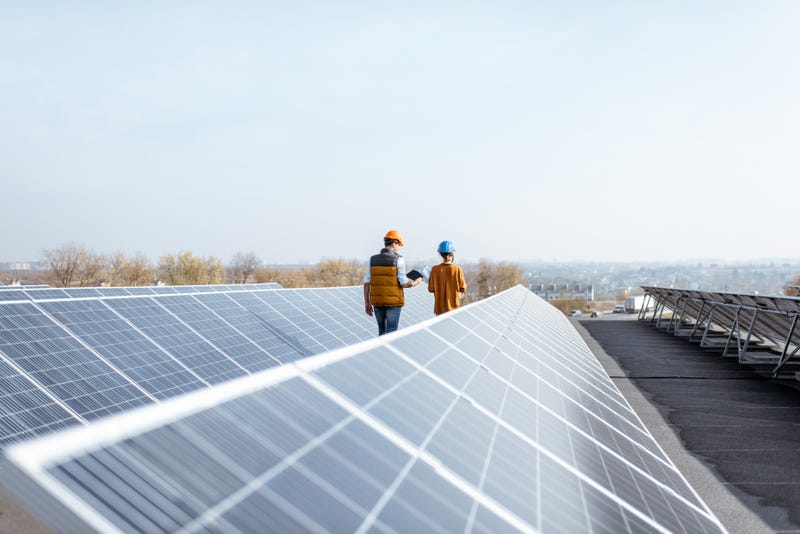 Naysayers claim Bendell’s report, titled “Deep Adaptation,” is not backed by science. However, his recently revised report now has 500 scholars worldwide endorsing his estimates, including some from the Delaware Valley.

Besty Bolton is one of them. The professor of English literature and environmental studies at Swarthmore College signed a public letter backing the report, saying a societal collapse is already underway.

“A drastic decrease in human population size, and/or political, economic or social complexity, over a considerable area for an extended time,” she defined.

Bolton, however, does not believe that the year 2030 is carved in stone. With enough political will, she said changes can be made to at least slow climate change.

“The biggest impact you can have is in politics,” she said, “because what corporations have told us is it’s down to individuals — so that they don’t have to change what they do.”

Carr Everbach, an engineering professor at Swarthmore, said dependence on fossil fuels is driving us to destruction. A solution: “We invest massively in renewables. We remove all the incentives for putting carbon into the air.

“Right now,” he said, “there are a ton of incentives for putting carbon in the air in every way. We need to remove those incentives. We shouldn’t be driving our own extinction by encouraging people to put carbon into the air. We should encourage them to take it out.”

Carr said there is a “reasonable chance” of a societal collapse in America if we don’t start taking steps now to reverse it.

He said the collapse could come as “early as the lifetime of current college students,” meaning 50 to 80 years. “We are not doing service to our children and our great-grandchildren.”

“Nobody has the crystal ball that can say exactly, but this decade that we’re in, this has to be the decade of rapid transformation and reaction,” he said. “We have to make a plan to make big changes, and let’s do it this decade.”

“Tearing down those coal-fired boilers and putting up solar panels and wind turbines, and using geothermal exchange systems. And instead of telling consumers to buy lots of electric cars, also investing in public transportation — that’s very political because it's a collective solution and not individual.”

Mariana Chilton, professor of public health at Drexel University, added that community is key to surviving any change — and it must come from an extremely local level.

“We cannot put our trust in some other group of people, or government or corporation that is going to save us. We have to save ourselves now, and the way to do that is to build our sense of community and resilience and connectedness.”

With massive changes to the climate, drought and hurricanes will likely wreak havoc on the water and food supply.

“That means more people will not have access to food, especially the most vulnerable, indigenous communities, people who have been marginalized, and it’s only people who have money and guns and power who will be able to control the food,” she said. “It has to be deeply local, first of all. We have to accept this in our own hearts and minds and stop laughing about the current crisis that we’re in and grow up.”

Morgan added, “If and when times get tough, we are going to get through by relying on each other, and that means we have to have community.”