PHILADELPHIA (KYW Newsradio) — President Joe Biden came to Philadelphia on Friday to address House Democrats, who are in town for a conference ahead of the primaries and midterm elections. He also explained his position on not implementing a no-fly zone over Ukraine before stopping by a school in Fairhill during his visit to tout the American Rescue Plan.

President Biden is visiting Munoz-Marin Elementary in Fairhill this afternoon where he’s expected to address the American Rescue Plan. More on @KYWNewsradio pic.twitter.com/SBDrLtueuc

Air Force One landed at Philadelphia International Airport, before the president traveled to the Hilton Philadelphia at Penn’s Landing where the House Democratic Caucus Issues Conference was taking place.

He thanked Democratic lawmakers for their role in supporting Ukraine's fight against the Russian invasion, but rejected calls for the U.S. and NATO to set up a no-fly zone over the country - or deploy US forces there.

"Putin's war against Ukraine must never be a victory. Democrats are rising to meet the moment, rallying the world on the side of peace and security." 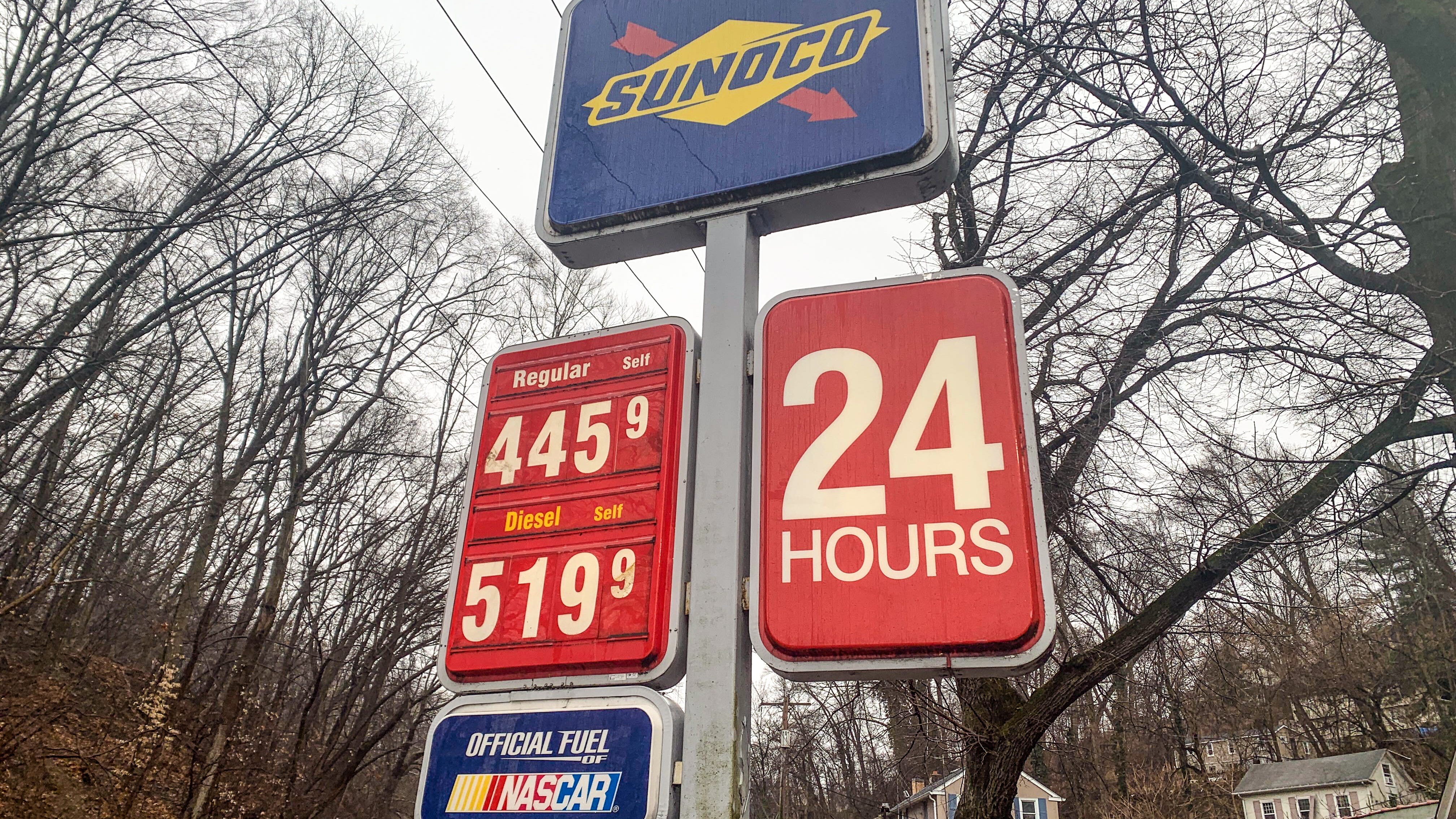 The president also told Democrats to be confident and proud of their accomplishments, especially the American Rescue Plan.

"We're going to continue to step up to meet the great challenges of our time. Voting rights, climate change, gun violence, criminal justice, immigration and so much more," said Biden.

"Coming out of the State of the Union, I think we're in a strong position. We have a record to be proud of, an agenda that will lower costs for American families and lift this nation up."

Democrats are looking to get on the same page as they face serious political challenges ahead of the midterms in large part due to inflation and soaring gas prices. Those issues loom despite strong job growth and an unemployment rate of 3.8% as the U.S. continues to recover economically from the depths of the pandemic.

Biden talks with Philadelphia elementary students during his visit

It's not every day that Secret Service agents walk the hallway when the President is coming.

Biden visited Munoz-Marin Elementary in Fairhill after his visit with Democratic lawmakers. He was set to mark the anniversary of the American Rescue Plan, the major COVID-19 relief package that was signed a year ago on Friday.

Kids greeted Biden Friday dressed up in their Sunday best, suits and dresses.

The President took time to meet some of those students, as well as educators and elected officials like Gov. Tom Wolf and Mayor Jim Kenney.

While President Biden spent the afternoon with students, local Ukraine supporters wanted to make sure the war was still at the top of the President's mind.

"We know that he actually saw us. He waved to us," said Iryna Mazur of the Honorary Consul of Ukraine. She and about 10 others stood outside the school during Biden's visit.

Mazur and her group were holding up a blue and yellow flag and signs. The group said Ukraine needs more military and humanitarian support. 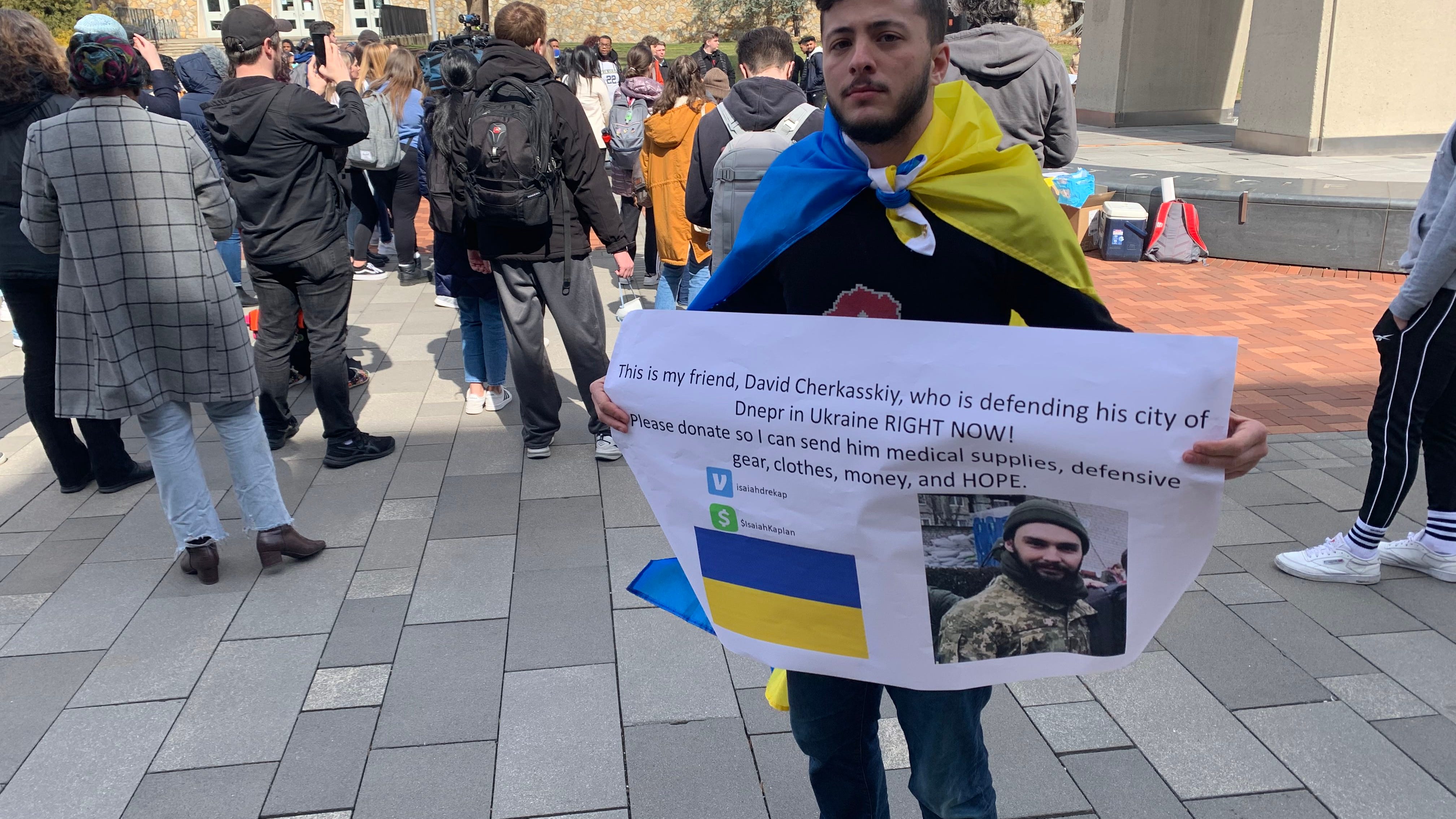 ‘We’re doing everything we can’: Ukrainian Temple students, advocates rally on campus

"This is our motherland, and every one of us has a relative, has a friend who is the Ukraine who is spending nights in shelters, who are actually in those cities that are constantly bombed," she said.

"Our hearts, they are broken at this point."

Biden announced new trade sanctions against Russia just before his trip to the city.

He was then set to leave the city and head to Camp David.