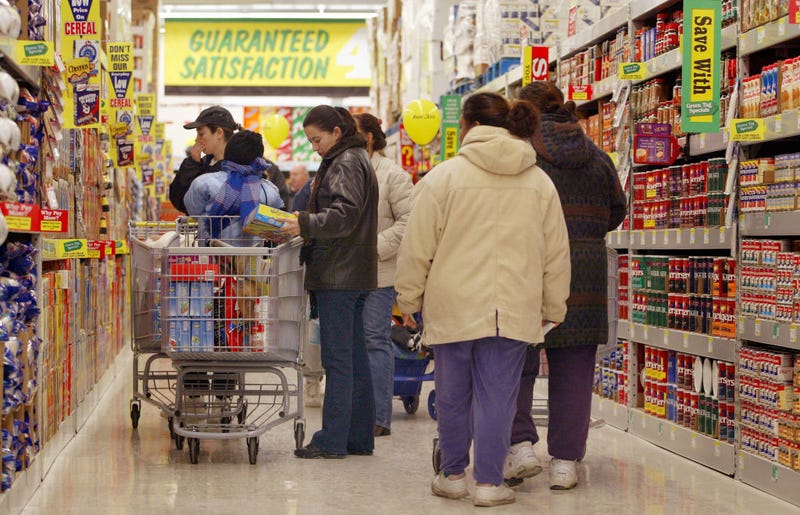 NEW ORLEANS (Audacy) — As the U.S. continues to struggle with inflation, it’s no secret that everything costs more nowadays. In fact, the inflation rate is the highest it has been in 40 years, according to the monthly consumer price index tallied by the Bureau of Labor Statistics.

It’s the reason grocery prices have risen 7.4% in the last 12 months.

But there is some relief to be had for shoppers if they know where to look: namely the in-house brands sold by most large grocery chains.

If you’re a diligent shopper, you’ve seen them… Target’s Good & Gather line, Walmart’s Great Value, and the 365 line at Whole Foods, among others.

The prices on these goods have risen far slower than the brand-names created by big companies like Kraft Heinz or Coca-Cola. That’s because the nature of being created for the stores by outside manufacturers can help soften the blow consumers absorb from rapidly-rising costs. “Store brands are increasing prices slower than national brands because they have a contract with a supplier for a year or two years and it’s a fixed price that’s locked in,” Phil “The Supermarket Guru” Lempert told NBC News. “The manufacturer, not the store, is going to absorb it in the short term.”

That’s a steep contrast from the bigger companies that control their entire supply chain.

“Companies have been absorbing a certain amount of money, and they can’t keep doing that. They have to pass it along,” Lempert said. And we know the big boys are passing their rising costs onto consumers rather than absorbing some of the blow because they eagerly discuss it.

When talking on a call to investors about how they did better than Wall Street projections last quarter, Kraft Heinz Global Chief Financial Officer Paulo Basilio reportedly said, “While we ended 2021 having announced or fully implemented all the pricing we had planned, we are now taking additional pricing actions, as appropriate.”

But even without being explicitly told why prices are going up on big name-brands, shoppers are taking notice and adjusting their purchases accordingly. In a survey last month by Jeffries Group, a whopping 80% of respondents told researchers the were actively searching out cheaper goods, buying in-house brands, and hitting the sale bins more often. The report’s conclusion was that the cost-cutting trend will continue if prices continue to rise, which could prove a fruitful outcome for the big grocery chains. Walmart CEO Doug McMillon summed it up during his own report on company earnings Thursday.