The second impeachment trial of former President Donald Trump kicked off Tuesday after weeks of uncertainty surrounding the specifics of the trial.

During the trial, Democrats will make an attempt to convince their Republican counterparts in the Senate that Trump incited the Capitol riots on Jan. 6, even as the likelihood of conviction seems highly unlikely.

Read more about the trial and how to tune in below.

How to watch and listen

Watch the fifth day of the Trump impeachment trial in the video above, on Saturday, Feb. 13. Listen live on RADIO.COM. 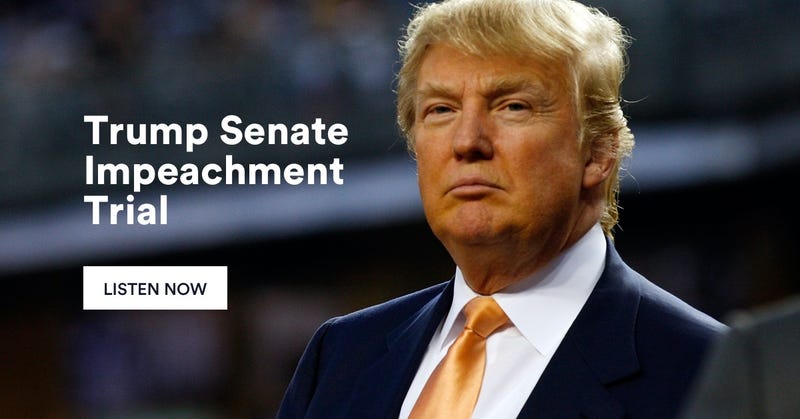 Why is Trump being put on trial?

The former president is being put on trial for the charge of incitement, which was the basis for his impeachment article. During the trial, impeachment managers will mount an argument for why the president’s actions led to the Capitol siege last month.

What format will the trial take?

Sen. Patrick Leahy, D-Ver., will preside over the trial, rather than Chief Justice John Roberts. While the chief justice normally presides over impeachment trials, Roberts declined to do so in this case because Trump is not the sitting president.

On Tuesday, four hours were split between House impeachment managers and Trump’s defense team to debate whether the trial is constitutional. The Senate voted 56-44 at the end of the day, affirming that the trial is in fact constitutional and thus that it would continued.

While the Senate will be permitted to depose Trump’s defense team, no witnesses are expected to be called upon. This means that the trial is likely to come to its final vote some time next week.

Will Trump be convicted?