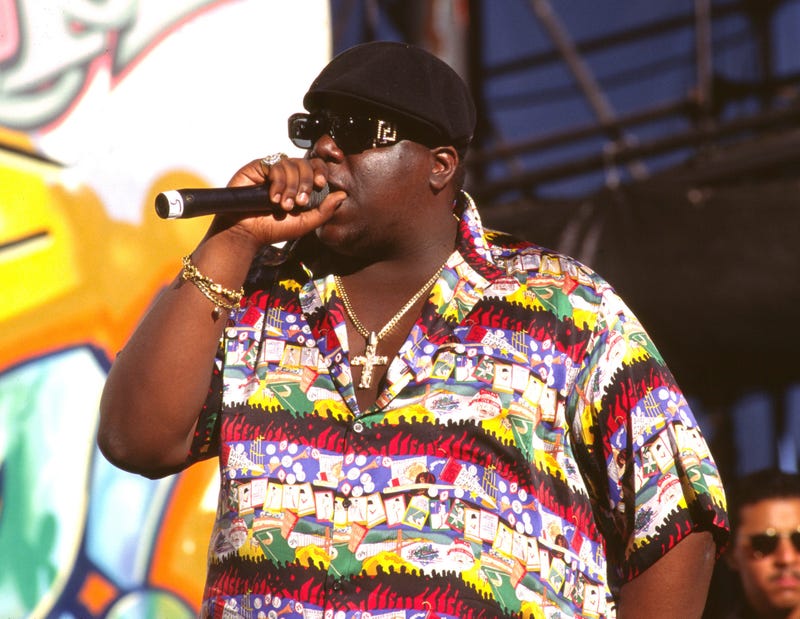 Biopics have been around for decades, encompassing the massive lives of music’s biggest artists within a few hours. Some biopics, though, hit harder than others because we get enthralling, almost ethereal performances by those portraying our favorite musicians— Ray Charles (Ray), Tina Turner (What’s Love Got To Do With It), The Temptations (The Temptations), TLC (CrazySexyCool), Roxanne Shanté (Roxanne Roxanne) and of course, The Notorious B.I.G. (Notorious).

However, it’s a different type of connection the audience gets to have with an artist when they’re able to tell their own stories, especially after death. When an artist reaches a certain level of fame, they often don’t get humanized. They ascend to an untouchable place, but with this new look into the life of Christopher Wallace, we get to see more of the street-savvy Brooklyn boy whose innate talent, internal drive and humble roots helped shape into Hip Hop royalty.

It’s been almost 24 years since The Notorious B.I.G. was slain in Los Angeles, amid the widely controversial East Coast-West Coast rivalry. In collaboration with Netflix’s Strong Black Lead, the rapper’s estate released a riveting, intimate documentary, Biggie: I Got a Story To Tell, showcasing never-before-seen moments and sentiments from those closest to Big, including his lovingly protective mother, Voletta and his soft-spoken, 96-year-old grandmother, Gwendolyn. This “origin story” was equally eye-opening, and tragically endearing as the documentary detailed every facet of his life. Most of the video footage was shot by Big’s best friend, Damion ‘D Roc’ Butler, which was rare and special in itself for that time. Butler reflected, “they say a picture's worth a thousand words. I was like ‘well, f*** what would a video do?'"

Biggie’s melodic vocals were one of the first things that was unearthed to the public. Bad Boys Founder and close friend, Sean ‘Diddy’ Combs expressed, “a hidden secret is that Biggie was really like a R&B writer. He was like a R&B singer. So that’s why you get the melodies. It was rare that he would be rapping. He would always be singing somebody’s songs.” The rapper even sang the lines from Jodeci’s “Freek'n You,” as shown below.

Big even expressed his love for the soul groups, “The Stylistics and The Dramatics,” a love we assume he got from his mother. His mother spoke on his Big’s relationship with his uncle, Dave who was also a musician. “He would take him to these joints when they played their music. And he swore when he became famous, Dave would be apart of his crew,” she expressed. Their close-knit bond was further cemented to fans when Dave mentioned, “we was bound together. And from the first time, Biggie hear me start to sing, that was it.”

Another rare tidbit that was revealed was that Big’s neighbor, Donald Harrison was grooming him to be a Jazz artist because “he was so talented.” Harrison played with Art Blakey, Miles Davis and Lena Horne and was told to help younger musicians the way he was helped. Another childhood friend of the rapper stated, “he would be a sponge to so much more that was outside of our scope as young kids.” Harrison further explained that “one of the things we worked on was putting what a snare drum did in bebop drumming into the rhythm of a rhyme [by] listening to Max Roach and Clifford Brown.”

These elements only pushed his natural talent to soaring heights. Harrison detailed what Big did in rap as “rhyming in a way that exudes the finer qualities of a bebop drum solo.” He continued, “a lot of people who transcend understand a lot of different things, not just one. You gotta add something else into the equation for it to move forward.”

The Notorious B.I.G. did all of this and more. The documentary also detailed the dark time of Big as a drug dealer, the series of moments leading up to his breakout debut, Ready To Die, his personal transformation during the Life After Death era— information that’s mostly recounted in his music and his 2009 biopic. Like most works of art, someone is going to find a flaw. Yet, the Emmett Malloy-directed documentary showcases the rapper as a friend, a father, a hustler and most of all, a 24-year-old man navigating the fast track to fame, money, power in the best ways he knew how.

Biggie: I Got a Story To Tell is currently streaming on Netflix worldwide.