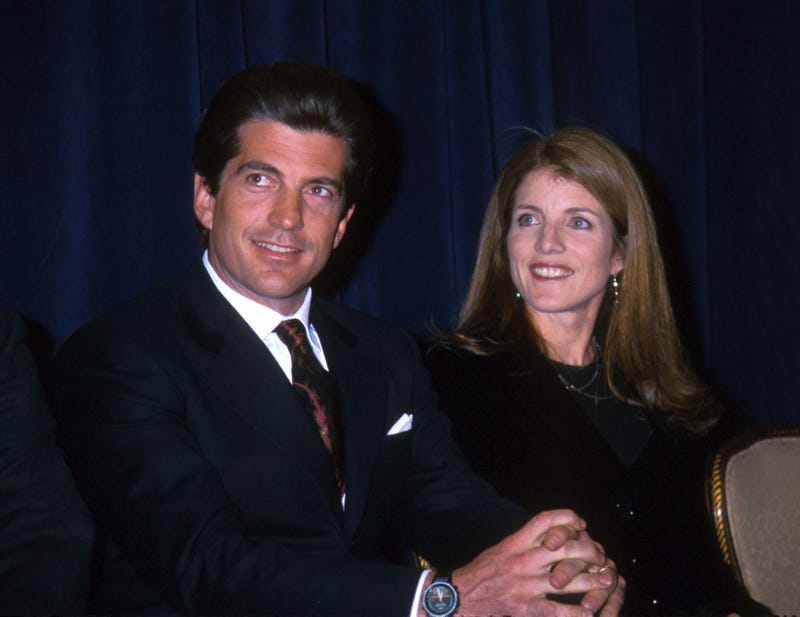 Last night people were reminded that Caroline Kennedy's children are all grown up and when you look at her son, John Kennedy Schlossberg (who goes by Jack, just like the grandfather he never got to meet), you might think he's a dead ringer for his mother's brother.

Here's a still photo from the video that aired at last night's Democratic National Convention. 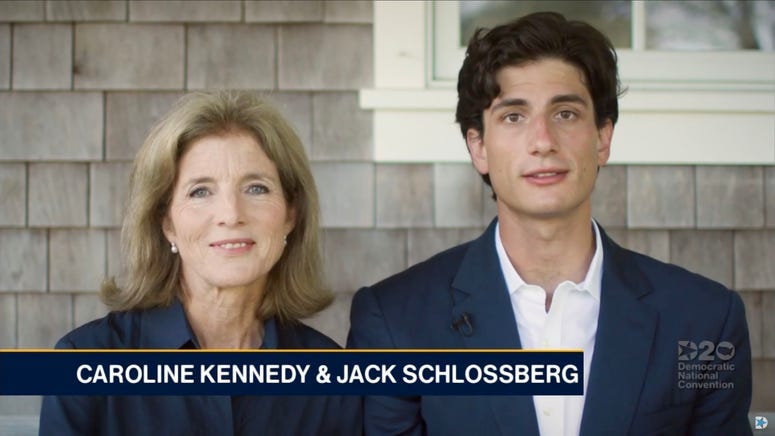 Quite a resemblance, right? But if it helps, here they are side by side: 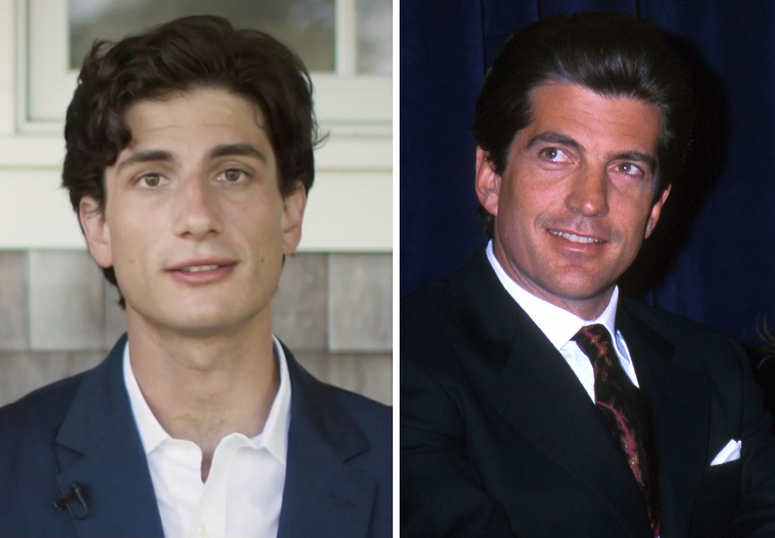 Also, if you're thinking Caroline reminds you a little of her aunt Eunice Kennedy, I thought the same thing.

Wow, Jack Schlossberg at 27 looks eerily like his late uncle John Kennedy Jr. did at about 20, with a dash of his dad thrown in. John was a college mate of mine and seeing his nephew just now gave me a sharp, unexpected pang of sorrow. #DemConvention