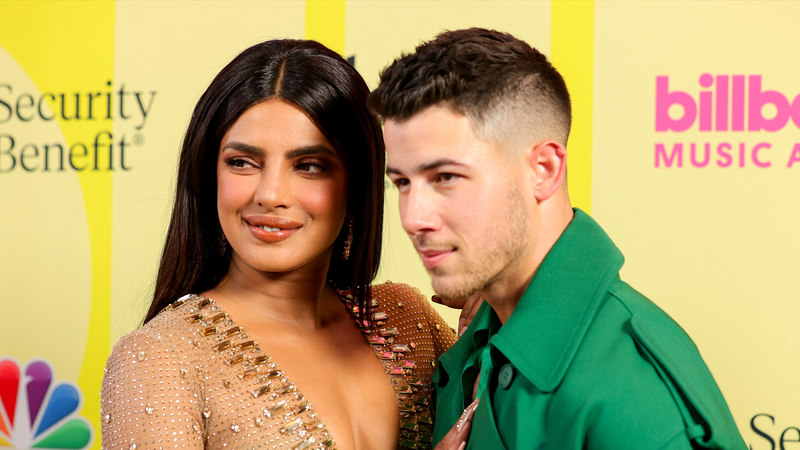 As the latest cover star of Vanity Fair, Priyanka Chopra sat down with the publication to discuss her career and, of course, her marriage with Nick Jonas and their desire for children in the future.

Shutting down the rumors that her relationship with Jonas was on the rocks, that for context started back in in November after she dropped "Chopra Jonas" from her Instagram handle.

“It’s a very vulnerable feeling, actually, that if I post a picture, everything that’s behind me in that picture is going to be zoomed in on, and people are going to speculate,” Chopra told VF.

“It’s just a professional hazard," she continued. "Because of the noise of social media, because of the prevalence that it has in our lives, I think it seems a lot larger than it is. I think that we give it a lot more credence in real life, and I don’t think it needs that.”

Aside from posting about each other since the rumors started swirling, if there was still any doubt about the couple, let Nick’s words ease your confusion.

Present at the interview to no doubt spend personal time with his lady, Nick took the time to gush over his wife. Telling Vanity Fair, “she can come across as so regal and refined, which she certainly is, but she’s also got this carefree joy about her and she just exudes it.”

Continuing to praise Priyanka, Nick noted, “She’s an incredible host in that way. I’m more of a reserved person at first, and I open up with friends and people as I get to know them better, but she can make you feel like you are in the family and a part of the inner circle right away.”

As for children in the future, Chopra revealed that “they’re a big part of our desire for the future,” before adding, “By God’s grace, when it happens, it happens.”