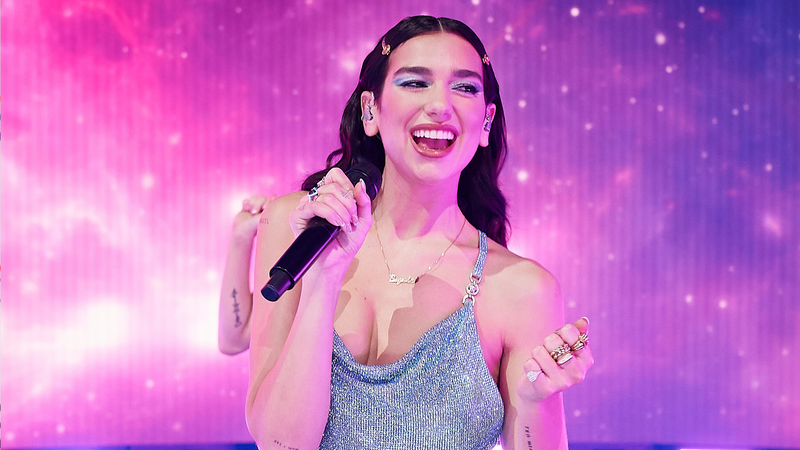 While the date of the 2021 GRAMMY Awards was until recently unknown, one thing we’ve been certain about since nominations were announced is that without a doubt Dua Lipa's Future Nostalgia should win the award for Album of the Year.

With it’s previously postponed air date now set for Sunday, March 14 at 8PM ET, we’ve taken it upon ourselves to look at the category’s nominees for this year’s Album of the Year and share why each artist deserves the win. While the line up is stacked with amazing artists and bands vying for the coveted award, there can only be one true winner, and today we'll tell you why it's Future Nostalgia.

Dua Lipa’s sophomore album not only brought about the disco revival we all didn’t even know we needed, but with it’s late March 2020 release, it saved us from utter disappear at a time we needed it most, giving us a happy soundtrack to what was at the time a Groundhog Day vibes quarantine way of life. That in mind, it’s safe to say that even in a world without COVID-19, the success of Future Nostalgia was inevitable, which you should already know, but we’ll nevertheless gladly discuss.

With one infectious banger after the next, Future Nostalgia has proven itself to be an absolute pop classic. Listening to it makes you feel like there's a glittery dance floor in your brain, “where the music don't stop for life.” Each track from its first single “Don’t Start Now,” which became her first top-three entry on the Billboard Hot 100, to its breakout hit “Levitating,” and even the under-appreciated “Cool,” ultimately led the album to the top of the charts.

In January Dua celebrated yet another huge and momentous accomplishment for the album. Reaching over 3 billion streams, ”Just found out we hit over 3 BILLION streams on Future Nostalgia in 2020!," she captioned her Instagram post. "THANK YOU!!!!!! This album has changed my life in so many ways and I'm so happy it's found a home with you too!!!!!!”

For the album Lipa set out to create a record with nostalgic memories like the music her parents listened to, but of course putting a modern spin on it with futuristic elements, hence the perfectly chosen title, Future Nostalgia. Which we personally think is another reason why this album should reign supreme, an album's title is crucial. As Dua explained it, it is meant to describe "a future of infinite possibilities while tapping into the sound and mood of some older music.” Well in this case, w’re thinking of a future with one possibility and that’s for Future Nostalgia to win Album of the Year.

Lipa co-wrote every song on the album, addressing empowering themes throughout - from its opening self-reflective playful and fun, synth-pop, electro-funk title track. To talking to an ex-lover about moving on from a relationship in “Don’t Start Now,” where she uses direct bullet point instructions (love that for her). The Olivia Newton-John inspired “Physical,” about female strength and not needing a man to save the day. To the subtle R&B undertones of the off-kilter funk-pop bop, “Good in Bed,” the album’s naughtiest track that gives us some major Lily Allen vibes. And obviously her mega hit “Levitating,” an electric disco absolute smash about expressing one's romantic feelings through talk box vocals and numerous outer space references. And that’s only 4 out of 11, but we digress.

"There were songs that I wrote because I wanted to feel a certain type of way," Lipa explained to Apple Music, “or there were songs that I put certain lyrics or certain feelings in that I was like, 'I want to be able to listen to this song and feel that way,’ that necessarily I wasn't always feeling.” For Dua, she wanted the record to act as a “form of escapism, and that’s exactly what it ended up being.

Dua’s initial release of Future Nostalgia which can only be described as iconic, also made way for an an elaborate and unforgettable livestream show Studio 2054, a handful of remixes of which “Levitating” featuring DaBaby is the most successful. And speaking of remixes she teamed up with The Blessed Madonna for Club Future Nostalgia, an entire album full of them with house versions of each song, featuring amazing artists like Gwen Stefani, Missy Elliott and Madonna, nbd. Her latest move, a reissue of the album, subtitled The Moonlight Edition, which included a handful of additional tracks and was released in February 2021, along with its lead single, "We're Good,” which I mean… chef’s kiss.

Accolades, critical acclaims, breakout hits and chart standings aside, Dua Lipa’s Future Nostalgia deserves to win Album of the Year at the 2021 GRAMMY Awards because simply put, out of all the options listed, it is the best.

Will Dua “Be the One” to take home Album of the Year at the 2021 GRAMMY Awards? We’ll just have to wait until Sunday March 14th at 8PM ET to tune into the The GRAMMYs airing on CBS to find out.