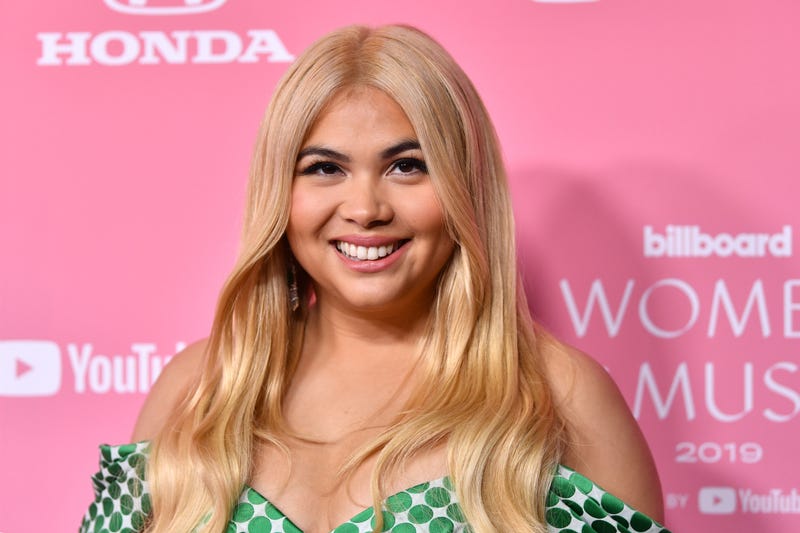 Hayley Kiyoko put a satirical spin on the Bachelorette in her new music video "For the Girls." The self-directed video, which dropped on Friday (May 20), is an all-queer recreation of the hit dating series.

Kiyoko teased the the music video on Instagram in April writing, “The queer dating show we all deserve.” Similar to the television phenomenon, the Pop singer is seen having one-on-one dates, kissing contestants and handing out roses. “‘For The Girls’ is an anthem celebrating that love, highlighting our strength, beauty, and vulnerability,” she said in a press release, according to US Weekly. “The music video is meant to reflect that celebration with a sense of humor and an expansive take on whose romantic story gets told.”

Bachelor Nation's Becca Tilley even made a surprise appearance at the end of the video. What’s more, the two just made their relationship IG official, following the “For The Girls” release party Thursday night. “Hard to say if this is a hard or soft launch, but it is a launch,” Tilley captioned an Instagram Reel, confirming their rumored romance.

The new single is from Kiyoko’s forthcoming sophomore album Panorama, which is set for release in July.