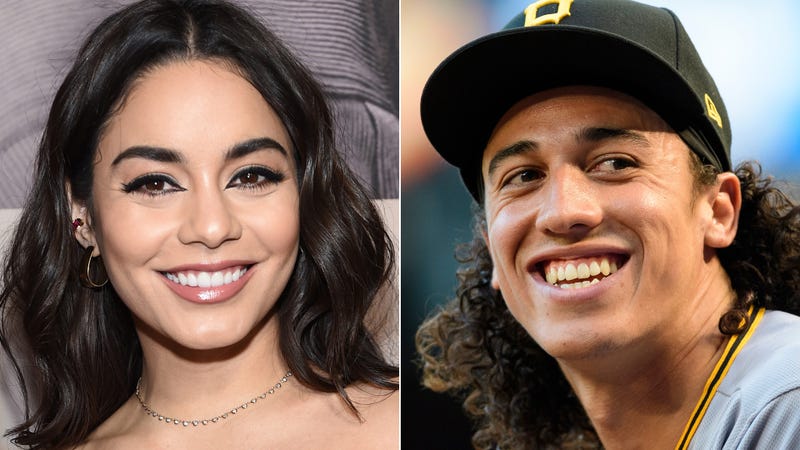 Love is in the air along with line drives at the MLB's 2021 Pittsburgh Pirates spring training camp!

Speaking with CBS Pittsburgh, 24-year-old Pirates shortstop Cole Tucker recently gushed about his high-profile relationship with 32-year-old High School Musical actor and singer Vanessa Hudgens, while at the same time saying he hopes she doesn't get fawned over as a celebrity when she visits during practice sessions.

The couple became Instagram official this past Valentine's Day, while fans were alerted to the possibility of a relationship back in November 2020 when photos of the pair out on the town were posted online.

"I got a girlfriend and she’s cool," Tucker told CBS with a smile. "She's awesome. I love her, but I don't want to be treated any differently than Mitch [Keller] having his wife come down, or Ke'Bryan [Hayes] having his girlfriend come down."

In search of: A girl who's down to watch High School Musical with me and scratch my back.

It looks like this Tweet of Cole's from 2012 was about as prescient as it gets... and we're so happy he's found exactly the woman he's been searching for.