Before leaving the TD Garden court after the Heat’s Game 6 win over the Celtics, Miami veteran Udonis Haslem had a message he wanted to share with ESPN’s cameras.

“Tell Draymond, thank you,” he said, according to ESPN’s broadcast crew.

Haslem was referencing Golden State forward Draymond Green, who predicted Thursday night that his Warriors would be facing the Celtics in the NBA Finals.

Haslem clearly didn’t like hearing a fellow player count his team out before the Eastern Conference Finals were actually over. In an interview with Yahoo Sports’ Chris Haynes, Haslem elaborated on his postgame thank you.

“Draymond broke the code,” Haslem told Haynes. “You ain’t supposed to say some s*** like that. That’s disrespectful. He know better than that.

“He let Shaq peer pressure him into saying some s*** he ain’t got no business saying,” Haslem added. “I didn’t sleep much after he said that. That was some bulls***.”

Heat forward P.J. Tucker wasn’t as upset by Green’s comments, saying he actually found it funny. He certainly still took note, though, and did say he thought it was odd.

“It’s funny. We laughed. I thought it was funny, because he knew better than anybody that we still had to play a game,” Tucker said after the game. “You have to play. There’s no guarantees for anybody to win in this league on a night in, night out basis. … It’s kind of weird to be a player and pick another team.”

One thing’s for sure: No one will be making the mistake of counting the Heat out in Game 7, which is set for Sunday night at 8:30 p.m. in Miami. 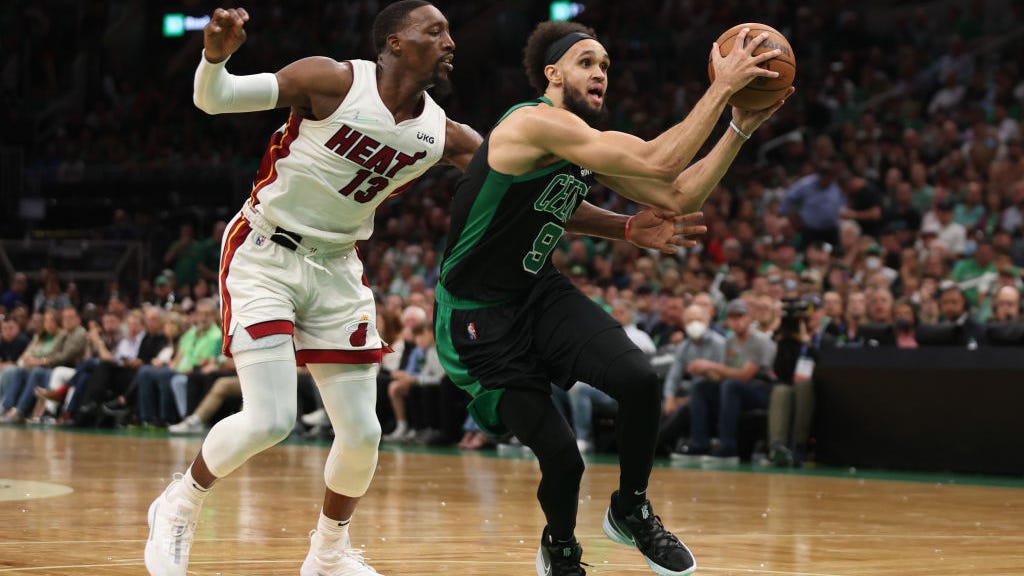 Derrick White perfectly summed up these Celtics with one quote