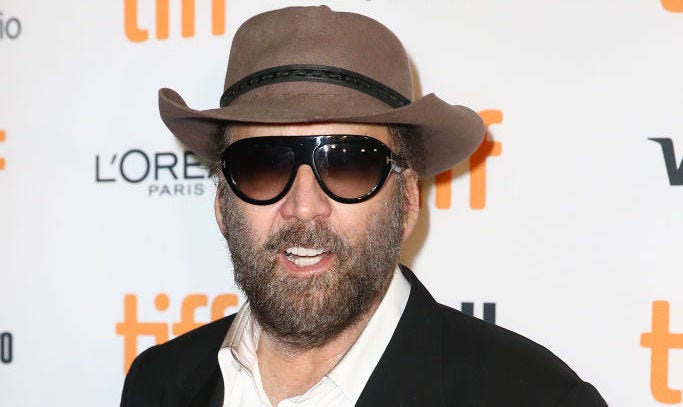 The trailer starts out with bucolic scenes of Cage, who plays a truffle hunter, and his pet pig wandering a sun-splashed forest. Wordless, dark, then... BOOM. Cage is waking up, beaten up, and his pig is gone. 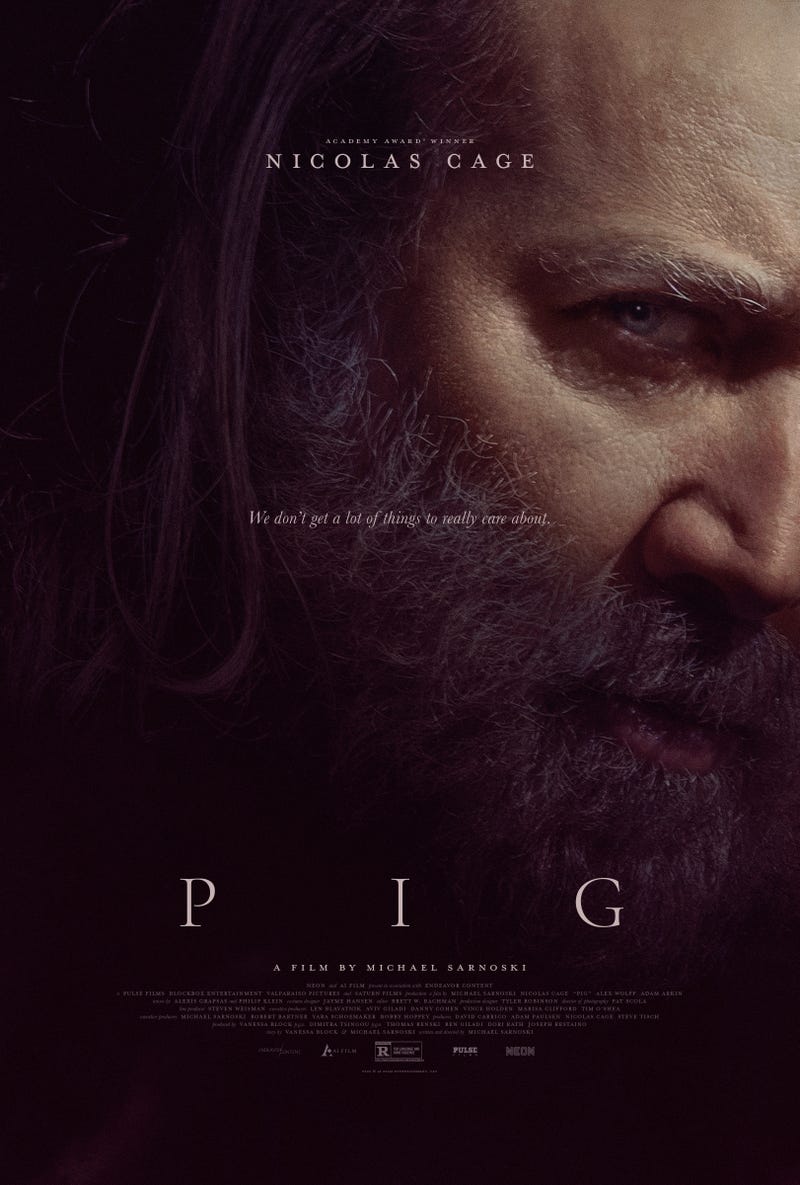 Then, in a voice more dire than Don Corleone at his moodiest, we hear Cage say, “I’m looking for a truffle pig.”

And somewhere a million Cage fans are whooping it up.

The plot appears to be Cage as a truffle-hunting, ex-famous chef in a man-with-a-past tale, someone who needed to retreat to a solitary life in the woods for a reason, and he might run back into that reason as he travels to the big bad city to find his pig. Some unseen but big-time violence is implied.

After an early career of critically lauded roles and a few commercial successes, Cage — smart and self-aware, despite his kooky rep — seems to have surmised that his job at this point is to be that weirdo who spazzes out in action oddities. And his cult of hardcore fans wouldn’t have it any other way. 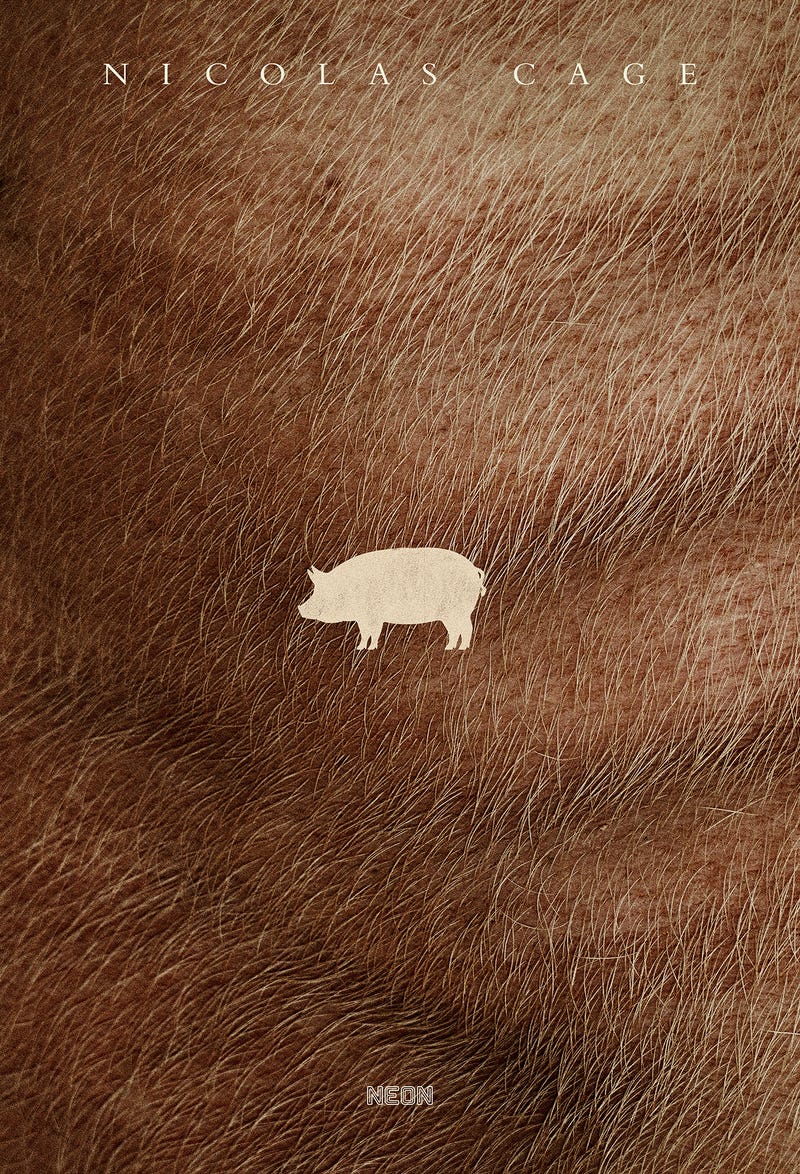 “Pig” writer and director, Michael Sarnoski, sounds like one of those fawning fans.

"Nic is one of the most talented, brave, generous, influential, and inspired actors that's ever been a part of any kind of cinema of any language or style," Wolf said to EW. "When someone's work means more to your life than words can explain, it's impossible to encapsulate what it means all in one answer [or] sentence. All I can say is that every day I leap out of bed and race to set to not only be graced with the sensitive, acrobatic talents of Nicolas Cage as an actor, but also to be entertained and intellectually and spiritually nourished by my hilarious, deeply empathetic, close friend, Nic. In one sentence: It's a f-ing joy working with him."

Cage fans and the directors who love him have gone way past that stage everyone was at around, say, the mid-2000s when the mantra was, “What the hell is going on with Nicholas Cage?” as he took increasingly goofy roles in increasingly fringe films.

It appears obvious that Cage likes it this way. And as any actor knows, especially aging actors in Hollywood, work is work. And the great thing about Cage’s paycheck flicks is they’re usually a lot of freaky fun. This one appears like an intriguing step up though.

It’d be great if the next step was to tie “Pig” into the “Babe” franchise, which might finally achieve some kind of meta-cult film nirvana.

“Pig,” which co-stars Alex Wolff, ambles into theaters on July 16. Cage should be back from his honeymoon with his fifth wife in time to get to the premiere.