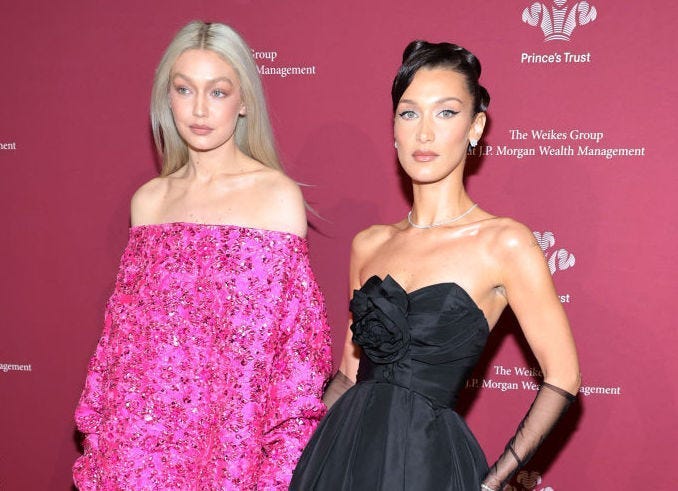 At this fashion show, most were looking at the hairstyles.

Earlier this week, supermodel sisters Gigi and Bella Hadid walked the runway during the Marc Jacobs Fall 2022 show at the New York Public Library in NYC.

However, they were nearly unrecognizable thanks to extreme side-shaved hairdos.

The look included bleached-out eyebrows, and bowl-cut, hips-length black hair that exposed the side-shaved style. Beam them up, Scotty!

Oh, and as Popculture reported, they were wearing expensive clothes too.

Bella, 25, completed her look with a long white robe, eventually switching into a vinyl, oversized, floor-length gown and white gloves. Gigi, 27, wore a white cropped tank top, which was paired with a shawl draped over her shoulders and pants. She too would change to into an oversized hot pink sweater and white platforms.

The outfits did have a similar angular cut to the haircuts, but again, it was hard to take your gaze away from the Hadid sisters’ domes.

Bella offered up a glimpse into the process of getting to the quasi-sci-fi look on her Instagram, and many were shocked.

"Bella what did they do to you babe," pleaded one fan. "I love you but what is this," commented another. And one simply wailed, "NOOOOO."

But if runway shows are meant to garner attention – mission accomplished. 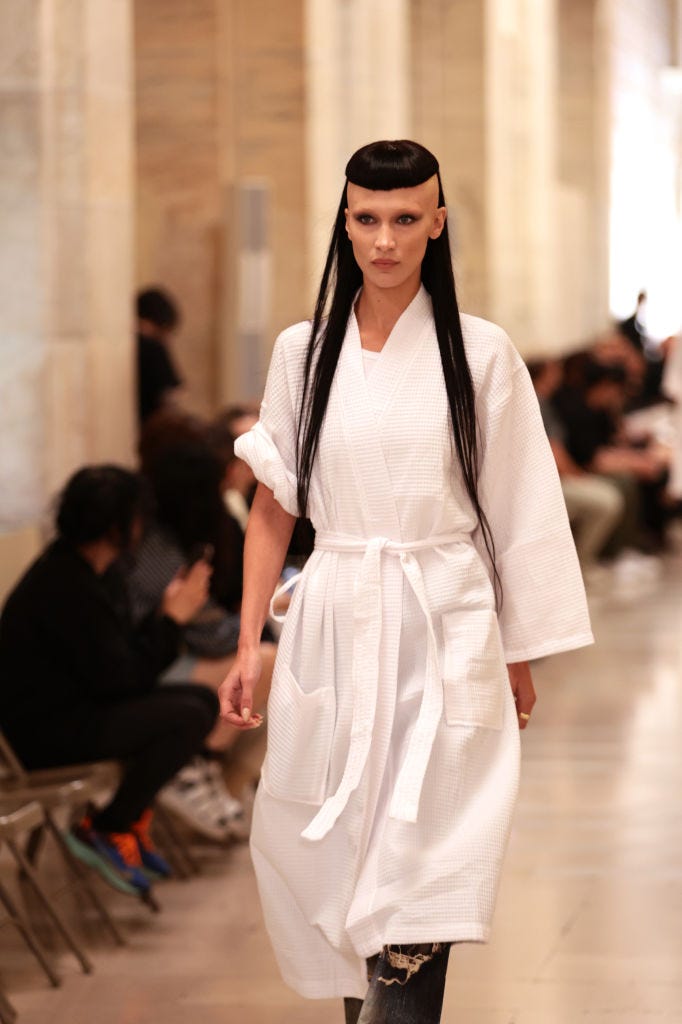 Such was the shock from fans that Bella jumped on Instagram again later in the week to assure worriers that the robotic look wasn’t permanent. The style was created utilizing prosthetics and wigs.

So Hadid fans, you can exhale now. 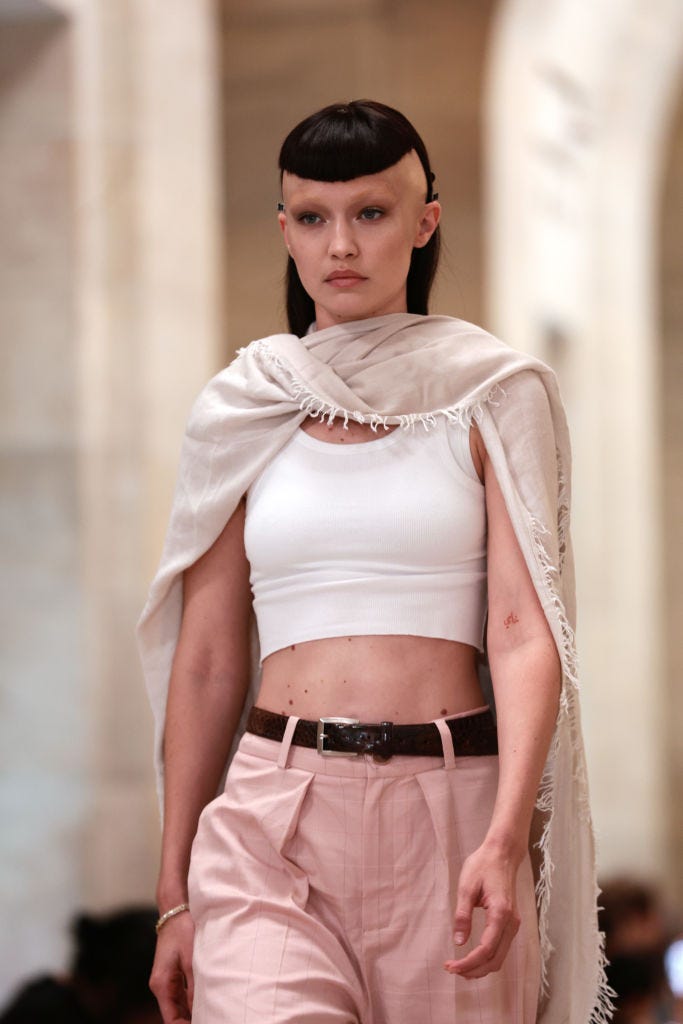 Allure magazine reported that the stark look was created by the team of Noël Jacoboni, Diane Kendal, and hairstylist Duffy. On his Instagram, Jacoboni revealed a pretty amazing story.

"We found out about the show Tuesday,” he wrote. “We pulled all this together in less than a week. Thank you all for your hard work, your patience for details and ability to work with the ebb and flow of this ever-changing production."