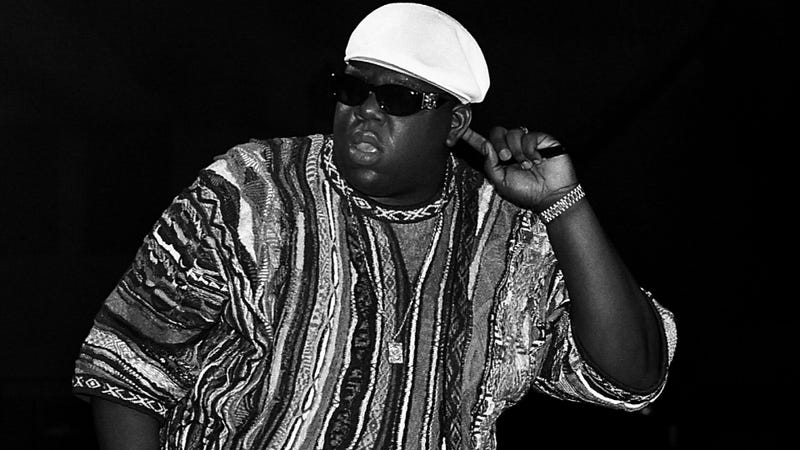 To commemorate the late Notorious B.I.G.’s upcoming birthday, a new song titled “G.O.A.T.” has been released.

The posthumous single is the first release from the legendary NY rapper in years. Featuring Ty Dolla $ign and Nigerian singer Bella Alubo, “G.O.A.T.” is an Afrobeats influenced track, produced by Elliot Osagie and Kayo. “Being on a song with Biggie has been a dream of mine since I was a kid,” Ty said in a statement. “The song title is fitting of him… the GOAT. Happy Birthday, Big. We miss you!” Previously, Biggie’s vocals were featured on The King & I, a collaborative album with his widow Faith Evans, released in 2017.

“It’s wonderful to witness my son’s music reimagined for his fans and today’s generation of young men and women to embrace his art,” Biggie’s mother, Voletta Wallace added. “I appreciate the hard work of all involved in bringing together the perfect blend of voices and music to this song.” Born Christopher Wallace, The Notorious B.I.G. alternatively known as Biggie Smalls, would have celebrated his 50th birthday on Saturday (May 21).

He was a four-time GRAMMY nominee with a plethora of hits including “Big Poppa,” “Juicy” and “One More Chance.” His debut album Ready to Die, released in 1994, positioned him as one the biggest rappers in the ‘90s. Tragically, Biggie was shot and killed in a drive-by shooting in 1997. Shortly after his passing, the rapper’s sophomore album Life After Death was released. Most recently, the late rapper was inducted into the Rock and Roll Hall of Fame in 2020. New York City will be honoring the rap legend on his milestone birthday. Two notable buildings, the Barclays Center and the Empire State Building will display a video montage and lighting ceremony respectively.