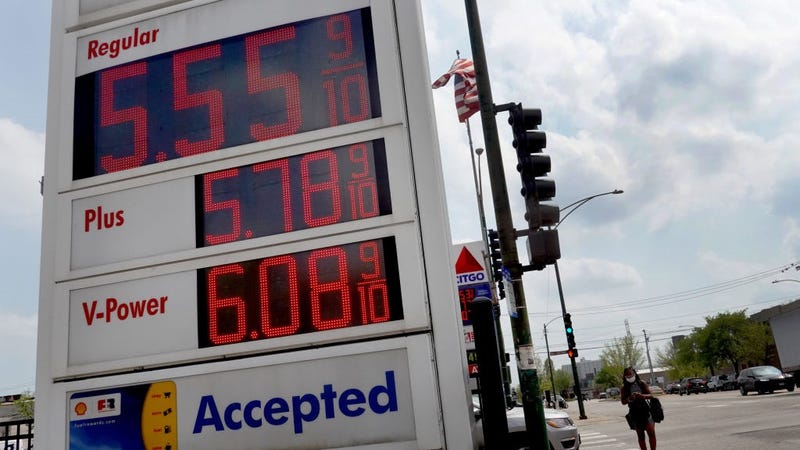 CHICAGO, ILLINOIS - MAY 10: A sign displays gas prices at a gas station on May 10, 2022 in Chicago, Illinois. Nationwide, the average price for a gallon of regular gasoline reached a record high today of $4.37 a gallon. Photo credit Scott Olson/Getty Images
By Colin Martin, Audacy

While people are preparing to go on road trips for college graduations and Memorial Day Weekend vacations, they aren't going to be too pleased when they fill up their cars at the gas station.

Gas prices around the country have risen 18 cents in the last week, coming to a record high national average for regular gas of $4.40 per gallon on Wednesday, according to AAA.

Prices have been constantly fluctuating since the end of February following the Russian invasion of Ukraine, as the United States banned all imports of Russian oil on March 8.

The nationwide average for regular gas was cheaper last month by nearly 30 cents, as it cost $4.11 per gallon. Although, that's still much higher than the average of $2.985 per gallon at this time last year.

Americans are now stuck with trying to find ways to improve their gas mileage as they gear up for road trips this summer. And it won't be as easy as purchasing a new vehicle, or even an electric one, since inflation has caused the prices to jump.

According to the U.S. Bureau of Labor Statistics' most recent Consumer Price Index Summary, inflation rose 0.3% in April to 8.3%. The price of new vehicles rose 1.1% in April and is up 13.2% overall in the last 12 months. Used cars and truck prices did drop slightly last month by 0.4%, but are still up a ridiculous 22.7% over the past year.

The gasoline index actually fell in April by 6.1%, according to the latest CPI summary, but fuel oil was up 2.7%.

David Bennett, manager of repair systems for AAA, told the Associated Press a couple of ways for people to improve their gas mileage, and some are quite simple. His first suggestion is to check your tire pressure and avoid underinflated tires. He clarified that it's important to not over-inflate them, or else they'll wear out faster. 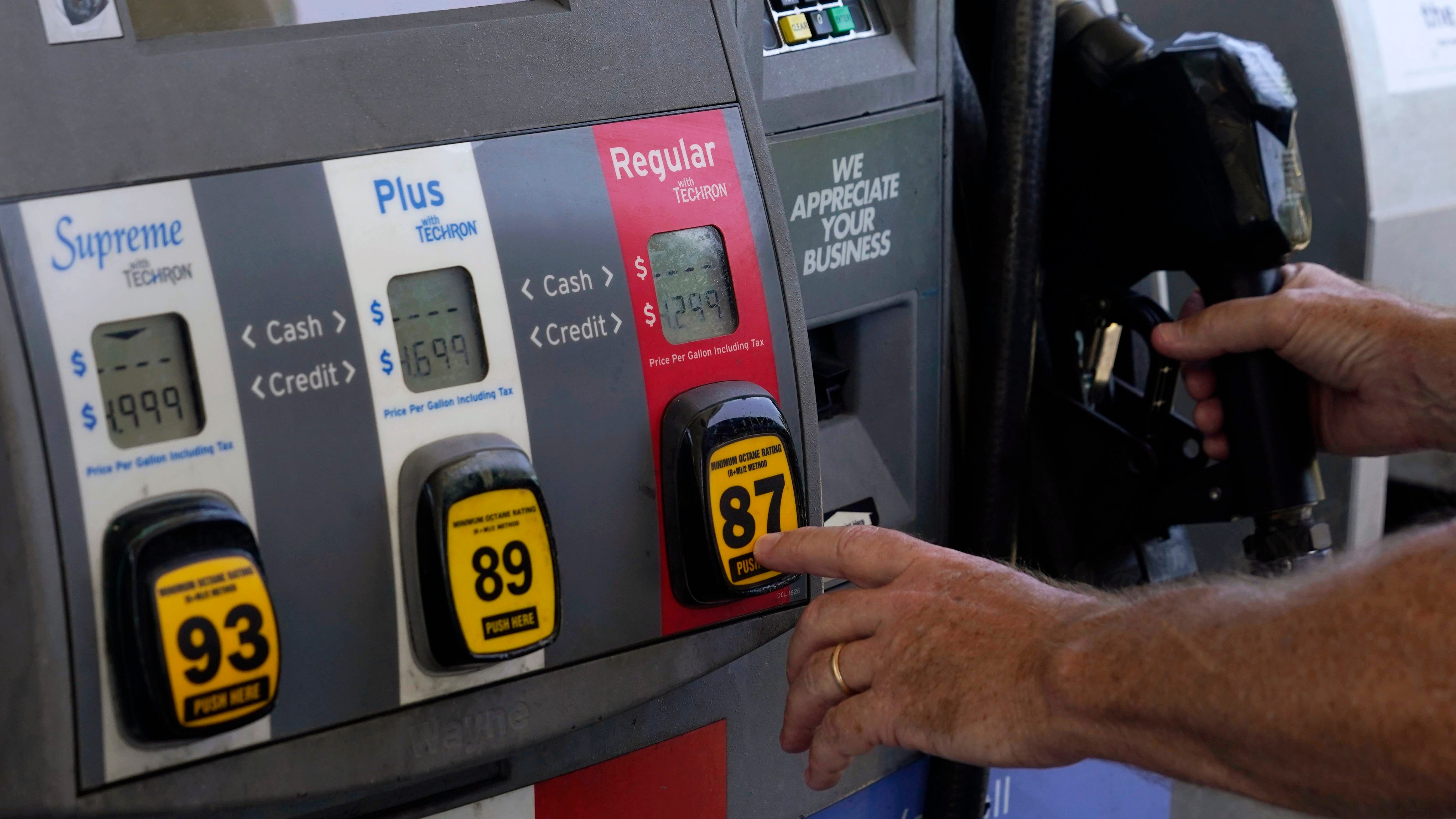 US inflation dips from 4-decade high but still causing pain

"Typically, your gas mileage is going to be impacted by about 5% to 10% if you don’t have proper inflation," Bennet said.

Keeping your car up to date with repairs, oil changes, and any other maintenance is key to getting the most efficient gas mileage.

"The vehicle is going to operate at its peak efficiency," when it's properly taken care of, Bennet said.

Other recommendations for maximizing your gas mileage include reducing your average highway speed, don't idle too often and burn unnecessary gas, plan your trip route accordingly, and try to coast to stop lights to avoid stopping and starting the car all the time.

"Reducing highway speeds by 5 mph (8 kilometers per hour) to 10 mph improves gas mileage by up to 14%," according to AP.

The last piece of advice for improving your gas mileage as prices at the pump continue to rise is to be mindful of where you go to fill up, and aim at buying brand who's gasoline is designated as "Top Tier." Bennet noted that carbon buildup can reduce gas mileage and the vehicle's efficiency, and Top Tier gas contains an additive to cut carbon deposits. Some of gasoline brands include Chevron, Exxon, Marathon, Mobil, Shell, Sunoco, and Valero.