Dusty Baker was back in the dugout for Thursday’s series finale at Minute Maid Park, his first game action in nearly a week after testing positive for COVID-19. The Astros skipper didn’t seem any worse for the wear, describing his quarantine as uneventful.

Baker said he kept close tabs on the Astros during his absence (bench coach Joe Espada served as acting manager), though he didn’t tune in for their game Sunday against Cleveland, which was broadcast exclusively on Peacock, a streaming service owned and operated by NBCUniversal. Unable to solve the Rubik's Cube that is Peacock, Baker instead followed the game on his phone while watching a Netflix documentary on Bob Marley.

The Astros' game on Sunday in Cleveland aired on Peacock. Dusty Baker couldn't find a way to watch it in quarantine, so he opted for a Bob Marley documentary on Netflix instead.

"That was a pretty good afternoon," Baker said. "I followed the game on my phone."

Though his rebellious side doesn’t come out much anymore, the 73-year-old certainly showed some hippie tendencies in his youth, idolizing Marley (he even had a caricature of the singer painted on his custom Harley Davidson) while once sharing a joint with Jimi Hendrix on the streets of San Francisco. Paying homage to his counterculture roots, Baker wore a tie-dye mask throughout the pandemic. 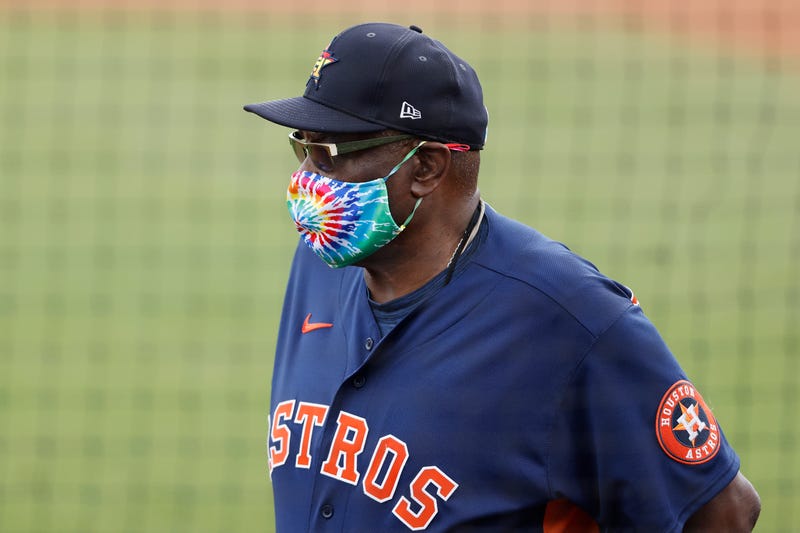 With his illness behind him, Baker can safely leave Peacock in the rearview mirror, turning his attention back to the Astros and their quest for a fourth pennant in six years. Houston finds itself in an enviable position, entering Thursday tied with the Yankees for the American League’s best record at 71-41.