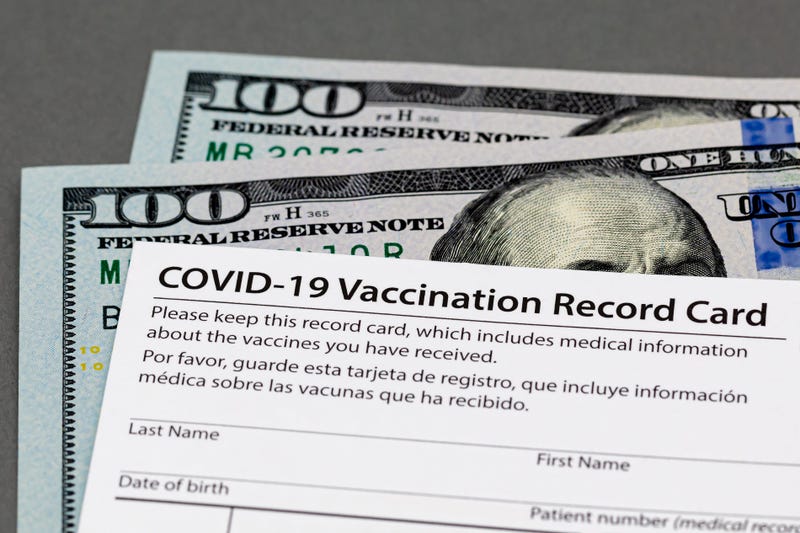 More than 30,000 counterfeit COVID-19 vaccination cards have been confiscated by federal authorities since the vaccine rollout.

That's according to U.S. Customs and Border Protection officers who said they recently intercepted a fake vaccine card in Philadelphia.

U.S. Customs and Border Protection agents said they were immediately able to tell the vaccination card was fake by the poor print quality, unclear CDC logos, and uneven borders.

Officers discovered the card was concealed inside of a greeting card which was inside a shipping envelope labeled "documents." It was mailed from Bulgaria to an address in Connecticut.

In Philadelphia, CBP officials said at least 1,500 fake vaccination cards have been confiscated.

According to authorities, buying, selling, or using counterfeit COVID-19 vaccination cards is a federal crime that could carry prison time and fines.