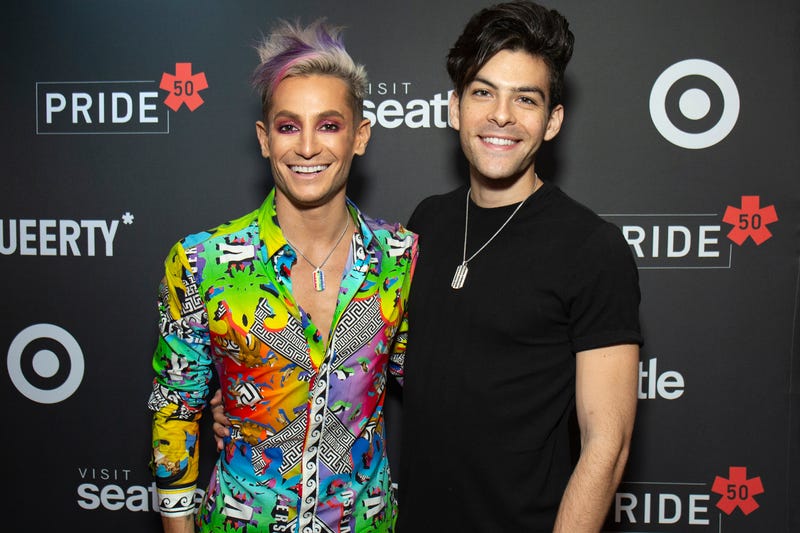 Frankie Grande is officially engaged and Ariana Grande could not be more thrilled for her brother.

The “Positions” Popstar congratulated her older brother on his engagement to fiancé, Hale Leon. Frankie shared an Instagram post revealing the big news and Ari was all up in the comments section sharing a lot of love.

AG wrote, “the most beautiful. Love u both so so so much,” alongside a handful of white heart emojis.

She said, “I love you both so much. Congratulations to two of the most incredible men I know.” Her caption came with a black and white photo of the newly engaged couple on a cake.

Ari, who is newly married as well, also posted a photo of her Broadway star and activist brother hugging his actor husband-to-be. She included a heart-eye emoji with her signature white heart emoji too.

Additionally, Ari showed off some behind-the-scenes pics of the couple’s engagement photoshoot and celebration.

Frankie surprised Hale with an intricate VR proposal in Los Angeles on Tuesday. The couple was surrounded by close friends and family.