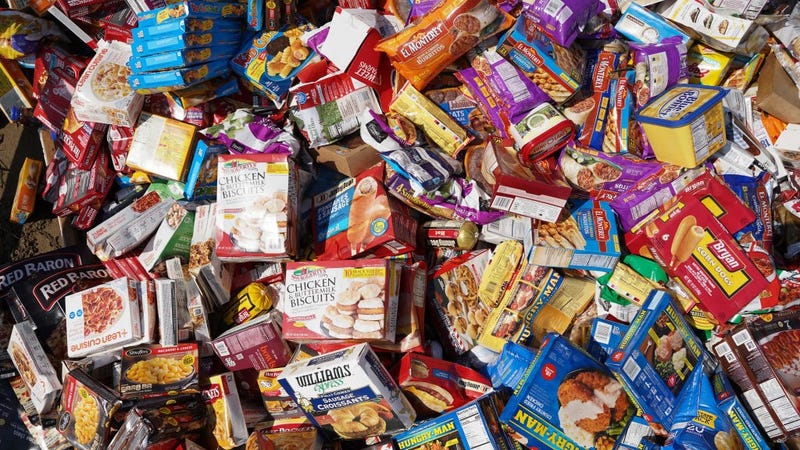 Inflation has continued to rise in the United States, and has caused the prices of everything from food to gas to new or used vehicles to become more expensive.

Americans have been struggling with how to shop at the grocery store and avoid spending double, if not more, than they usually would. Because of inflation, more people than ever before are now turning to the frozen food aisle.

According to the U.S. Bureau of Labor Statistics' most recent Consumer Price Index for April, inflation rose 0.3% from March to April, reaching 8.3%.

Adnan Durrani, Saffron Road CEO, told Yahoo Finance that the frozen food category has "been on a tear" over the last six months, and its pace of sales has outgrown fresh food products by 230% so far in 2022.

Durrani added that supply chain issues caused by the COVID-19 pandemic have made people change the way they shop at the grocery store, as they are now more concerned about the quality of some fresh food products.

"The sell-by dates got shortened because of the supply chain. People were also making fewer trips to the store, so items were sitting on the shelf for quite a while," Durrani said.

A report by Mordor Intelligence noted that the frozen food industry has been steadily increasing since the beginning of the pandemic in March 2020.

"For instance, according to the American Frozen Food Institute, frozen food products witnessed a 21% increase compared to 2019," the report said. "The primary reason for this growth is that people have gravitated toward foods with longer shelf lives."

The Natural Resources Defense Council (NRDC) says that up to 40% of the food in the country is never eaten, and Durrani went on to explain that food waste is now playing a part in the increased sales of frozen food.

"A lot of folks are really conscious of [food waste] now — looking at their grocery bills, looking at how much they really throw away, looking at what they keep," Durrani said.

"Frozen has become a go-to in terms of reducing that problem," Durrani added.

Durrani acknowledged that Saffron Roads sells "better-for-you" food products that are more expensive than the average frozen meal, but said that despite inflation, people are willing to pay for their items.

"Consumers are making a discerning choice to pay up for 'better-for-you' brands," Durrani said.

"We haven't seen any backlash when it comes to those price increases."

He said that inflation has still hurt the company's margins, and hopes that something changes soon or else prices are going to continue to go up.

"We hope that some of that starts to stabilize, but we don't see too much in sight in terms of inflation ebbing — it just seems to be getting worse and worse," Durrani said.