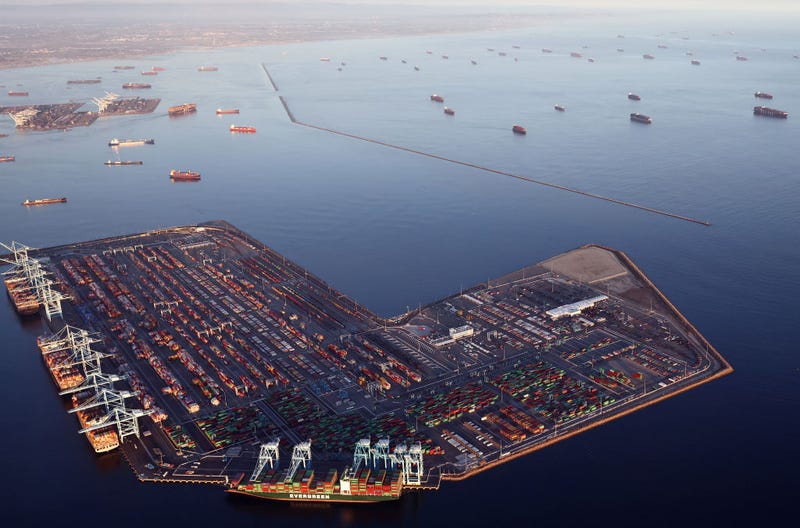 In an aerial view, container ships (Top R) are anchored by the ports of Long Beach and Los Angeles as they wait to offload on September 20, 2021 near Los Angeles, California. Amid a record-high demand for imported goods and a shortage of shipping containers and truckers, the twin ports are currently seeing unprecedented congestion. On September 17, there were a record total of 147 ships, 95 of which were container ships, in the twin ports, which move about 40 percent of all cargo containers entering the U.S. (Photo by Mario Tama/Getty Images) Photo credit Getty Images
By Lauren Barry, WBBM

Across the nation, industries are dealing with lingering supply chain issues related to the COVID-19 pandemic.

On Wednesday, the White House announced that Walmart, Fed Ex and UPS will move to a 24/7 work model in some areas, said the Hill.

The White House senior administration officials said Tuesday that the three large delivery agencies will make “commitments towards moving to 24/7 working during off-peak hours,” at key ports in Southern California, according to NBC News.

Worker shortages and COVID-19 outbreaks have contributed to logistical backups at shipping ports, doubling the typical amount of time it takes for some products to reach the U.S. from Asia, said the outlet.

Leaders of the Port of Los Angeles, the Port of Long Beach, Calif., and the international Longshore and Warehouse Union are expected to meet with President Joe Biden to discuss congestion at the ports, as well as the proposed extended hours.

In addition to this meeting, the White House is planning to talk with executives from Walmart, UPS and Home Depot about supply chain issues.

“The federal government will be a strong and willing partner in this effort in the near term but also in rebuilding a better system for the 21st century,” officials said. “We'll be working with stakeholders across the supply chain for a 90-day sprint to the end of the year to troubleshoot and alleviate many of the bottlenecks we can quickly address.” 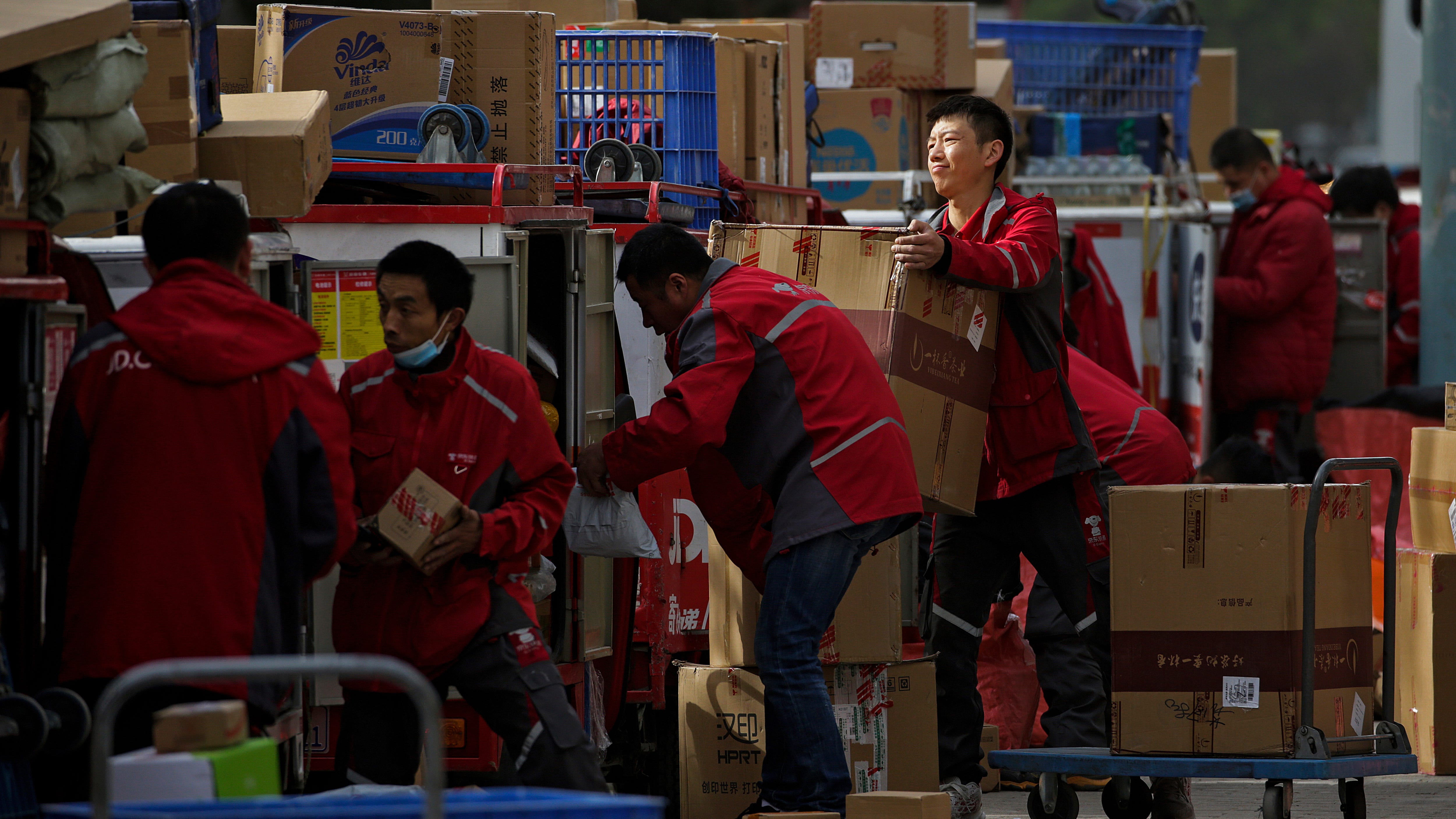 Delays have plagued shipping ports for months and some retailers have chartered their own private cargo vessels in an attempt to circumvent bottlenecks ahead of the holiday shopping season, said NBC.

In June, the White House announced it would establish a task force to address supply chain issues. Still, Treasury Secretary Janet Yellen has said that consumers could continue seeing higher prices and product shortages through the rest of the year as a result of bottlenecks.