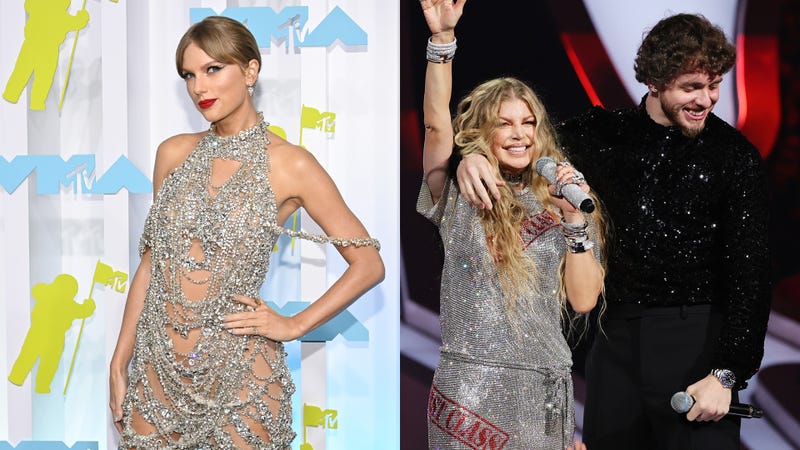 LL Cool J said it himself, the MTV VMAs is a night where anything can happen. From Taylor Swift showing up to a floating Johnny Depp and Fergie assisting Jack Harlow with his opening performance, the 2022 MTV VMAs was full of surprises that we’ll be obsessing about for the rest of the week (at least).

Let’s get into it.

Taylor Swift really just did that. And by that we mean showed up to an award show in what feels like FOREVER! And then after winning Video of the Year, announce that her brand new album drops October 21. Aside from just being there and teasing us with new music, T. Swizzle showed out dripping in a bejeweled silver mini dress and her signature red lip, and we’re all better off for it. 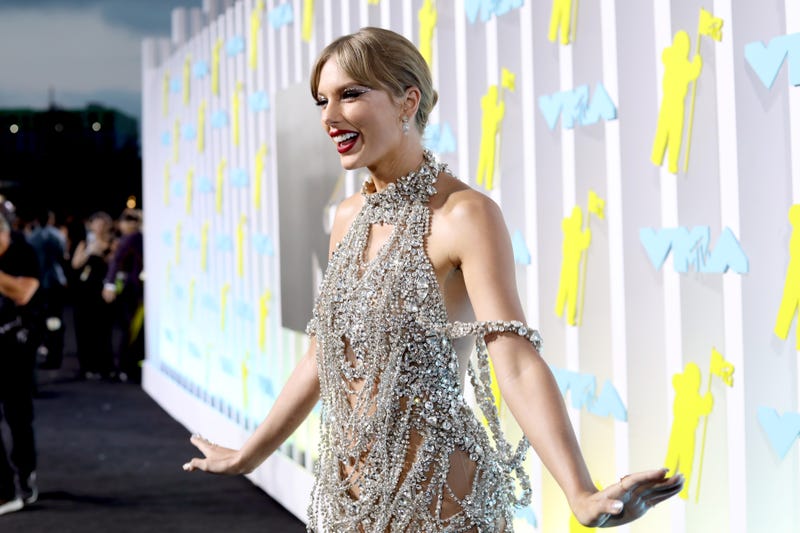 What’s better than Jack Harlow performing “First Class” to open the VMAs? That would be Fergie joining him for a glamorous performance of well “Glamorous” (the track Harlow samples on his). Everyone from Taylor Swift to Khalid we’re on their feet and rightfully so. It was the perfect start to the party that is the MTV VMAs. 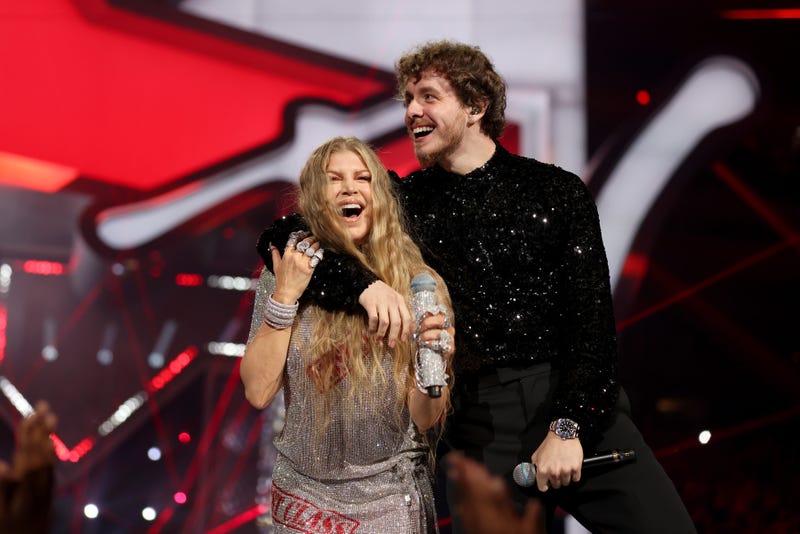 So after hearing Johnny Depp would be making his first televised appearance since his defamation trial it was quite surprising he made a brief landing as the pre-taped VMAs moon person. Floating atop the crowd, periodically narrating and offering up gems like “I just want you guys to know I’m available for birthdays, bar mitzvahs, bat mitzvahs, weddings, wakes… any and all things you need!” Listen, don’t get us wrong we love anything Johnny, but would have love it if he was actually there.

Johnny Depp appears as the moon person at the #VMAs. https://t.co/K3f4GrgiuJ pic.twitter.com/S0dkWrR6mr

The rest of night was pretty on par with what we're expecting, but epic nonetheless, duh. Congrats to all the winners and amazing performances of the night. 'Til next year!