(SportsRadio 610) - One of the mantras for new Texans head coach Lovie Smith has been to show up and show out.

On a young team that’s rebuilding, no matter if you’re a highly drafted rookie or not, that’s certainly something you try to do from day one.

According to Texans veteran defensive back Desmond King II, while putting pads on everyday and enduring the Houston heat at training camp is just another part of the process and another phase, guys are starting to separate themselves.

“I feel like we're doing a really good job right now. We have rookies that's showing their talent, like Jalen Pitre and Dameon Pierce," King said. "Those are two rookies that I've seen that have actually kind of stood out to me. They are doing exactly what they need to come here to do and getting ready for the season."

King has noticed things from both Jalen Pitre, the former standout at Baylor and the former Florida Gator Dameon Pierce, that you just can’t teach.

“Pitre, his ball awareness," King said. "When the ball in the air, he can go get it, he finds it and attacks the ball. I haven’t watched much film on him but like I said, what I see out here is what we need in our back end, secondary. That's what we preach, we want to get the ball and we want to get interceptions, turnovers, force fumbles, and he's been out there doing that."

As for the rookie back out of Florida, King thinks he’s going to add a key component to what every team needs to be successful offensively.

“He’s explosive. That's a guy that we kind of need on our offense running the ball," King said. "Whenever he gets the ball, he gets those tough yards, those tough third and short yards, which is exactly what we need for our offense." 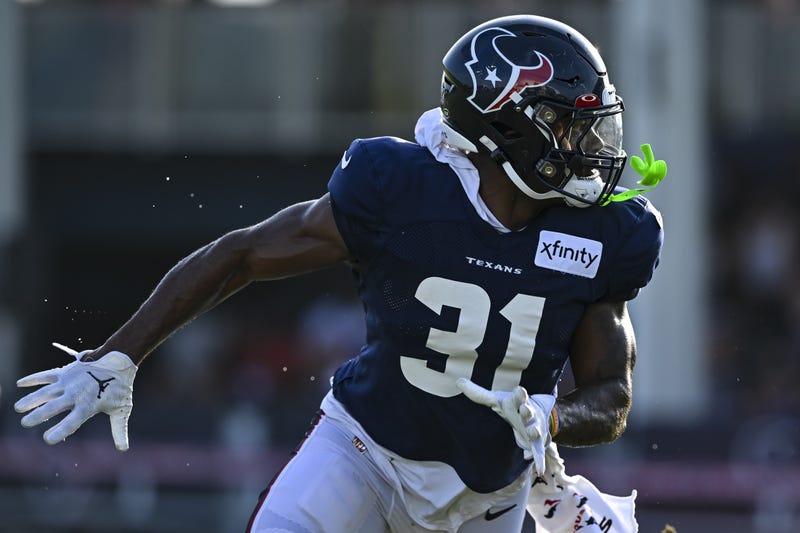 It’s always interesting to get different perspectives on players that stand out to others on both the the same and opposite side of the ball.

Second-year linebacker Garret Wallow, a fifth-round pick out of TCU in 2021, is just trying to make his mark as well. Wallow is all too familiar with the kind of player Pitre can be having faced him three times in college.

“He’s a ballplayer," Wallow said. "He's a ball hog. He just has a knack for the football and I've known that from playing him when he was at Baylor. He was a great player there, too. Dameon Pierce, man, great running back, quick, shifty, fast. They are both going to be great players and that’s for all the rookies, too."