By Landry Locker and In The Loop, SportsRadio 610

(SportsRadio 610) - The current state of the Texans' running back depth has been Nick Caserio's biggest failure in 2022.

When rebuilding an NFL team there aren't a lot of easy fixes, especially when you are inheriting a franchise that was functioning under King Bill and Jack, arguably the worst two-year stretch of front office work in league history.

When you have as many roster holes as the Texans do with limited assets, some areas of weakness take time to build because many positions require elite assets such as high draft picks or salary cap dollars.

Caserio chose to address the secondary and offensive line with their early draft picks this season rather than other positions of need. So far that decision is paying off.

It takes time to revamp and build a complete roster and some positions are harder to address than others without using elite assets. However, one thing that is an easy fix to address is running back depth.

Bringing in Rex Burkhead to camp last year was fine. Bringing him back another year was somewhat surprising. Having him as the No. 2 running back on an NFL team right now is inexcusable, regardless of the reasoning by Caserio.

John McClain said the following in one of his SportsRadio 610 columns this week: "The Texans have no chance this season when Burkhead is used as a runner or receiver. As soon as Pep Hamilton figures that out, the better the offense could be." 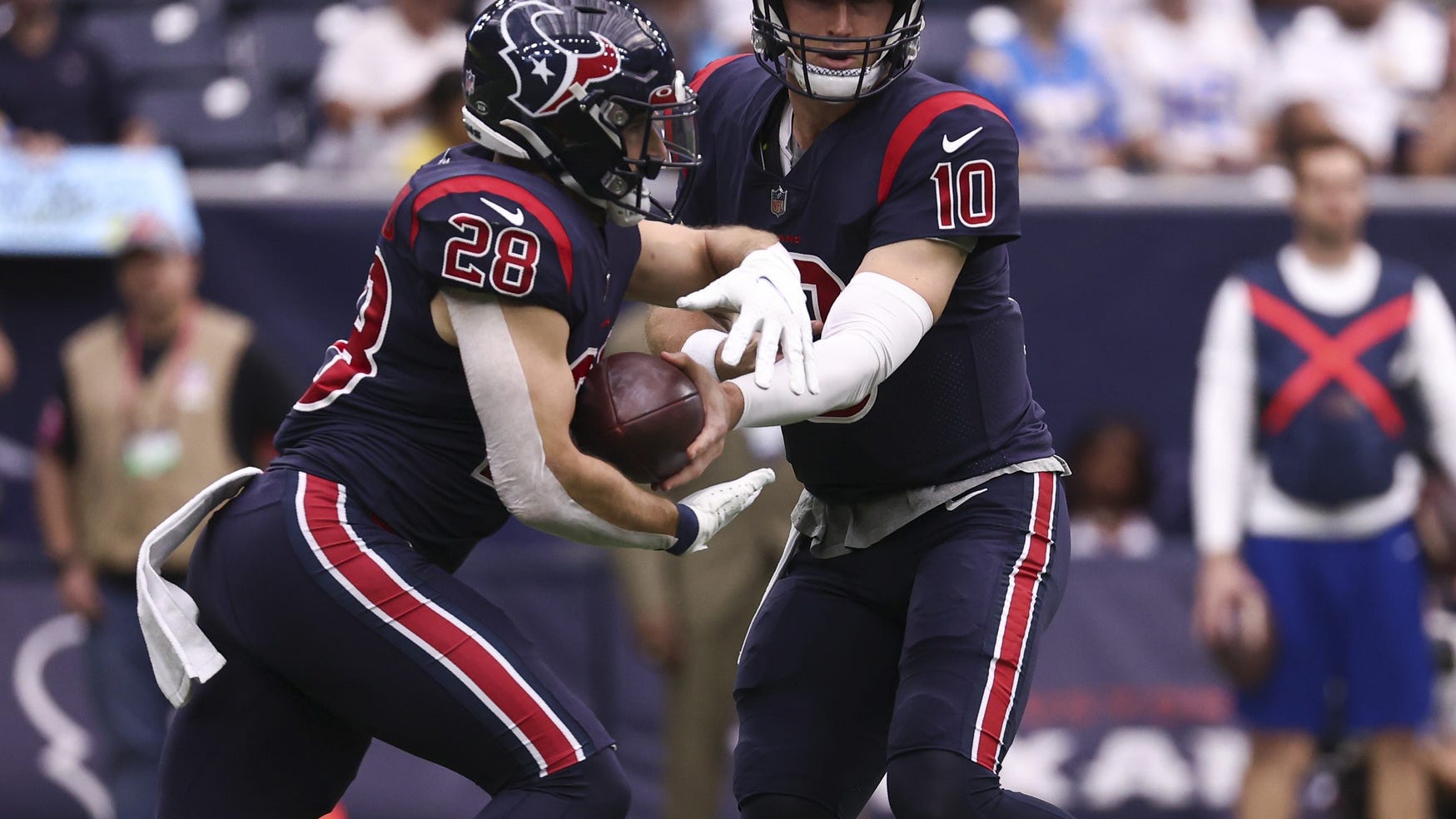 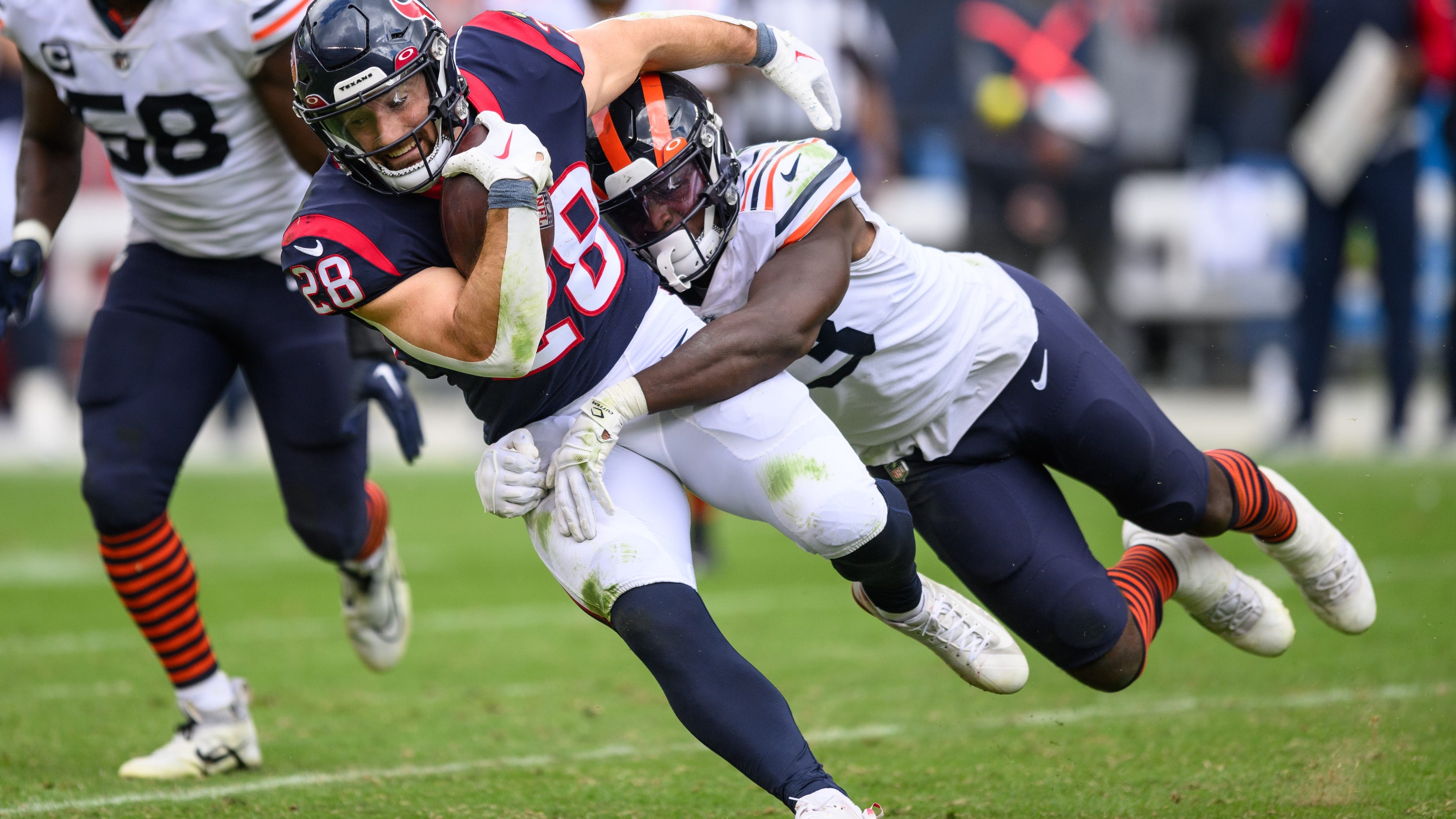 Texans not looking to make changes at backup running back

McClain is 100% correct and Caserio should know this better than anyone.

In New England, Caserio and his staff did an amazing job of bringing in running backs that brought different elements to the team without using elite assets. From James White to Danny Woodhead, to taking a flier on LeGarrette Blount to Damien Harris. The list goes on and on.

Even bringing Burkhead to New England when he was younger was a solid move by Caserio and the New England staff. However, Burkhead, currently the fourth-oldest running back in the NFL with no ability to make explosive plays, would never have been on New England's roster during Caserio's tenure and it's hard to grasp why he has this role here.

There might be a place for Burkhead in the NFL in some spot duty or an emergency situation, but getting 19 touches in the season-opener and  the second most targets in a must-win game in Chicago just doesn't make sense. Especially when there haven't even been any injuries at the running back position and there are so many opportunities to improve the position and backup backs all around the league are making consistent contributions.

So why is Burkhead in the role he is in on this roster?

There are a few theories:

I have said for a while that Caserio has shown that he isn't stuck in the Patriot way and is willing to do different things. But, it's hard for me to even imagine that if Burkhead were a former running back from anywhere but New England he would have this role on this team.

Failed evaluation of the position

Dameon Pierce was a good find by Caserio in the fourth round, but the rest of the running back depth on the roster is as bad as it gets.

Could Marlon Mack have been misevaluated?

Could they have honestly thought Burkhead was worthy of being a key contributor?

Maybe the reasoning is as simple as misevaluation by Caserio and his staff.

The last time the Texans won a football game was 276 days ago against the Los Angeles Chargers at NRG. In that game, Rex Burkhead had a career-high 149 yards on 22 carries against a banged-up Chargers team.

Was that the game that justified Burkhead's return?

Burkhead finished the 2021 season averaging 3.5 yards per-carry in LARGE part because of his performance in that game.

If you take away that game, Burkhead averaged 2.9 yards per carry, which is his average this season. If the Los Angeles Chargers game last season hadn't happened, would Burkhead still be here?

Neglect and lack of appreciation of the RB position

I have been BEGGING for years for this team to take the running back position more serious. In 2020, I wanted King Bill and Jack to draft a RB in the second round. This year, I wanted them to draft multiple backs or at least bring in some new, fresh bodies.

Check out the article heading into the 2020 NFL Draft for more on the philosophy of drafting running backs early. I also think Michael Dugar of The Athletic did a good job of breaking it down here.

But the best way to describe their place in the game doesn't roll off the tongue, as @MikeDugar pointed out on this week's #GTKSeahawksTwitter.

Maybe Burkhead's current role has something to do with where the Texans currently are as a team and it's another process over results philosophy from Caserio that's over my head. Either way, it doesn't make sense to have Burkhead on this team with this current role.

I still trust the Caserio process and believe Caserio is the scenario. However, the current state of the running back position and role of Burkhead is disappointing no matter how you look at it.