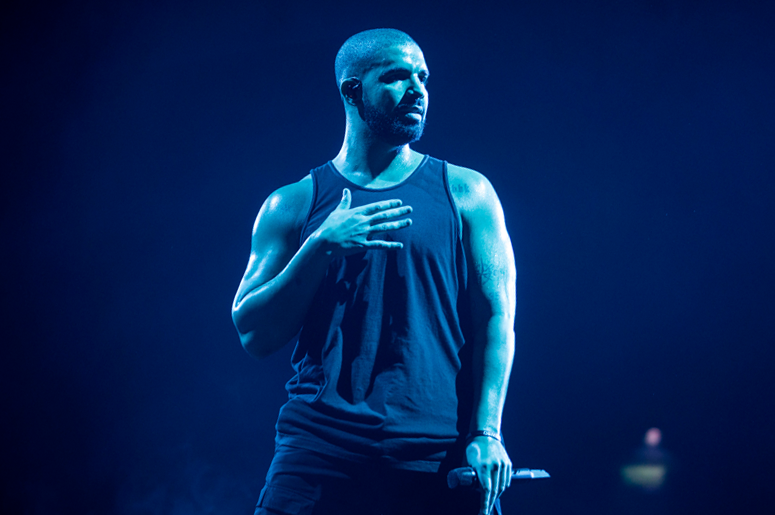 Oh we see how it is Drake, you “can’t” leave Canada to make the “POPSTAR” video, but when it comes to your birthday, the private jet comes out. We’ll remember that… Just kidding we could never be mad at you.

Now that our favorite rapper from Canada has finished working on his highly anticipated album (we’ll get to that in a bit), he has finally deemed it fit to leave his Taj MaDrake in Toronto and grace the U.S. with his presence just in time for his 34th Birthday.

The lucky destination, Los Angeles, and as to be expected Drake threw an exclusive soirée to celebrate the big occasion on Friday night. Though the private affair was meant to be just that, it’s 2020 and photos and videos from the event made their way online, including a snap of what seems to be the evenings dinner menu. The lineup included Chicken Bolognese, Grilled Shrimp, and most notably, Mac n Cheese with sun-dried tomatoes, capers, and... raisins.

Drake could have any meal in the world, but raisins IN mac & cheese lands on the birthday menu. 😭 pic.twitter.com/7QNK1FpzTu

In other Drake news, as we said earlier, Drake used his birthday to do more than just party, but to also announce that his upcoming album, Certified Lover Boy, will make its debut in January 2021. In the post, made by OVO Sound Drizzy’s record label, he kept the caption simple, “CERTIFIED LOVER BOY JANUARY 2021,” alongside a slightly eerie promo video. In the clip Drake poses to recreate old album covers, including the moody Take Care restaurant shot and the cloudy backdrop profile of Nothing Was the Same and then some, check it out below.

On second thought, as for those raisins in the mac n cheese, while we’re not up for a taste test, we are all about an unexpected pairing, for instance Drake and hmmm idk…. Me, just throwing it out there. Anyway, Happy Birthday Drake, or should we say Certified Lover Boy (whatever, don’t laugh, it’s called manifesting).

music
2021 ACM Awards: Why Dierks Bentley is putting the spotlight on other artists during his performance
sports
College Football analyst says he'd draft Justin Fields over Zach Wilson
music
2021 ACM Awards: Here’s why Chris Stapleton should win ‘Entertainer of the Year’
sports
Peter King: Carson Wentz did not respond well in Philadelphia
sports
Could there be announcerless NFL broadcasts? It's reportedly a possibility on Amazon
music
Audacy Check In: The Offspring 'Let The Bad Times Roll' after nine year break