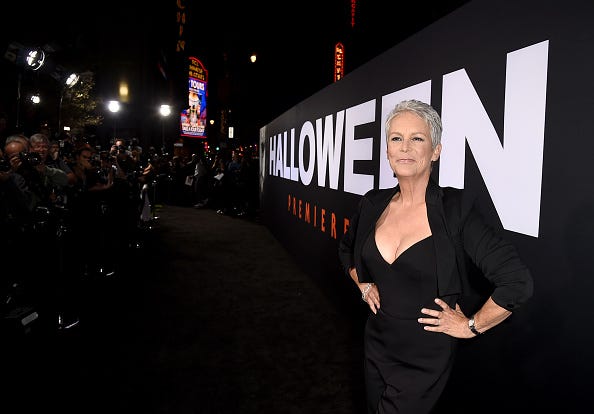 Michael Myers is back!

The 60-year-old, who plays the franchise’s heroine Laurie Strode, shared behind-the-scenes footage from the followup to the 2018 reboot, which is being directed by David Gordon Greene again.

“‘Tis the season….. to start screaming,” she captioned the clip on Instagram. “First look at the mayhem David has created for all of you.”

The sequel looks to pick up closely after the events of the previous film, which saw Michael trapped in the burning basement of Laurie’s home.

The 20-second clip begins with the house on fire and later with Michael, in his trademark Boogeyman mask, standing on the porch as it burns behind him.

The teaser ends with a bloody Curtis lying on a stretcher saying, "Happy Halloween!"