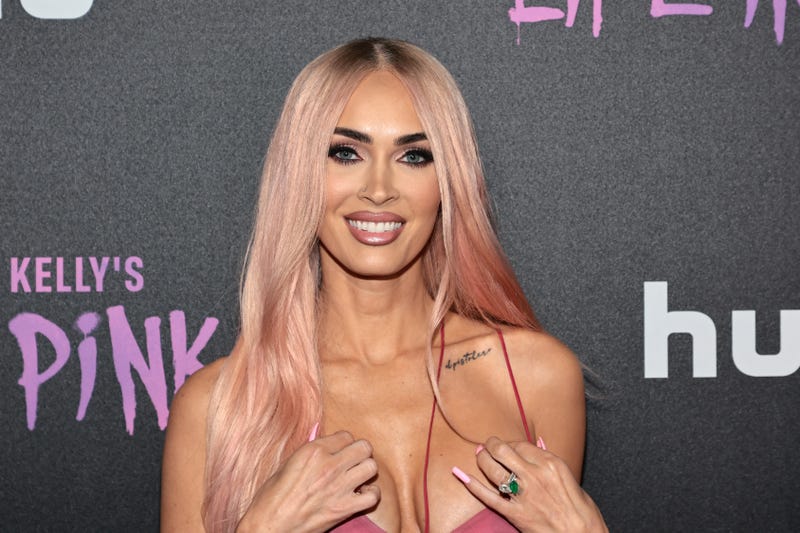 Megan Fox slid in to a skintight ‘fit for a new social media post.

The “Transformers” actress wore a full bodysuit of what looked like denim, but in reality was stretchy jeggings.

The pink acid wash, body-hugging number got paired with purple boots up to the knees and a fuzzy purple bucket hat up top. Her long brown hair was curled up.

Fox captioned the post, “deadly nightshade” with a pink flower and woman emoji. People in the comments were fans of the look. The suit was so tight one person even wanted to know if it was a painted on! Fox also got called “the babe of all babes.”

Fox has been having some denim days recently, as another Instagram post featured the model in a jean fit recalling Britney Spears iconic look from the 2001 American Music Awards. Fox wore a floor-length denim trench over a denim bustier minidress with denim boots up to the knee. In the post’s second photo she was standing with her fiancé Machine Gun Kelly.

The post’s caption read, “Britney and Justin if they had been Greenwich Village art school drop outs instead of Disney Channel sweethearts."