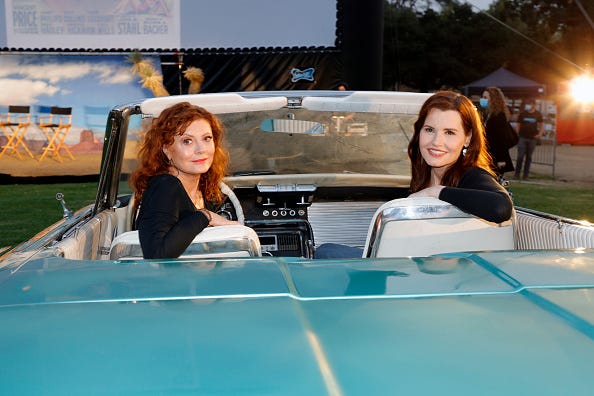 “Thelma & Louise” are behind the wheel again!

Susan Sarandon, 74, and Geena Davis, 65, joined forces in the front seat of another Thunderbird at a 30th anniversary screening of the 1991 film, reported the Daily Mail.

The actresses recreated some of the movie’s iconic moments at the Cinespia Drive-In event at The Greek Theatre in Los Angeles on Friday. 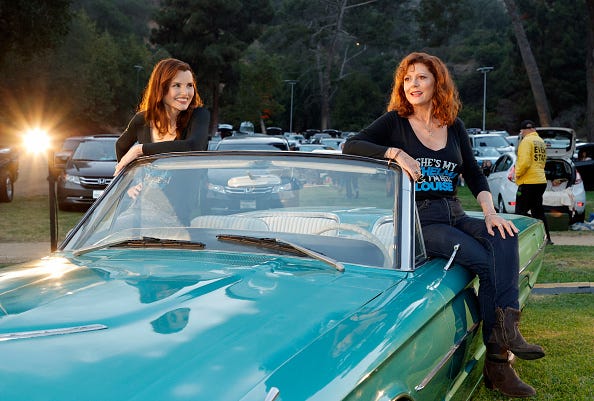 At one point, Sarandon and Davis locked lips as they sat in the aqua 1966 Ford Thunderbird convertible, similar to the one they famously drove over the cliff in the road trip classic. Spoiler alert! 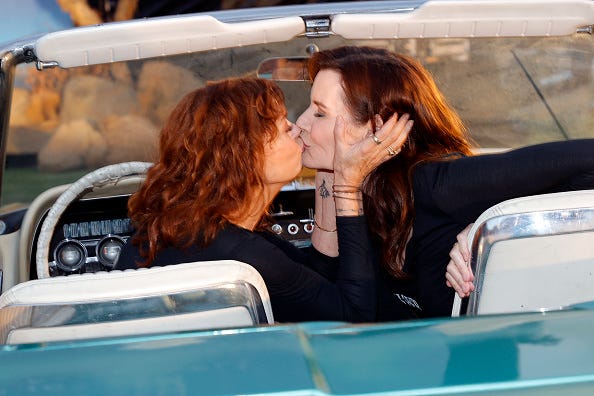 Davis, who played Thelma Dickinson, and Sarandon, who portrayed Louise Sawyer, were decked out in t-shirts that paid homage to the characters.  “She’s my Thelma & I’m her Louise,” read Sarandon’s top, while Davis’ said the reverse.

Released in May 1991, the movie went on to make $45 million at the box office and earned Sarandon and Davis Oscar nominations for Best Actress. 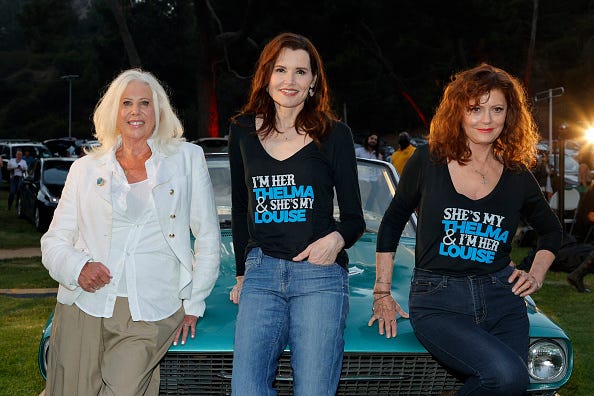 Callie Khouri, who won an Academy Award for Best Original Screenplay, was also in attendance at the screening, which benefited The Geena Davis Institute on Gender in Media and L.A. Regional Food Bank.

Not present at the event was Brad Pitt, who famously played shirtless grifter JD in one of his early breakout roles.

"When I saw the film, the part that really impressed me, in addition to his good looks and great body, was his sense of humor because he really fleshed that part out in a way that wasn't necessarily in the script," Sarandon told "Extra."

"I thought, 'Ah, this guy's interesting, you know, he's not just a really gorgeous face.'"

In 2016, the Library of Congress selected "Thelma & Louise" for preservation into the National Film Registry for being "culturally, historically, or aesthetically significant."