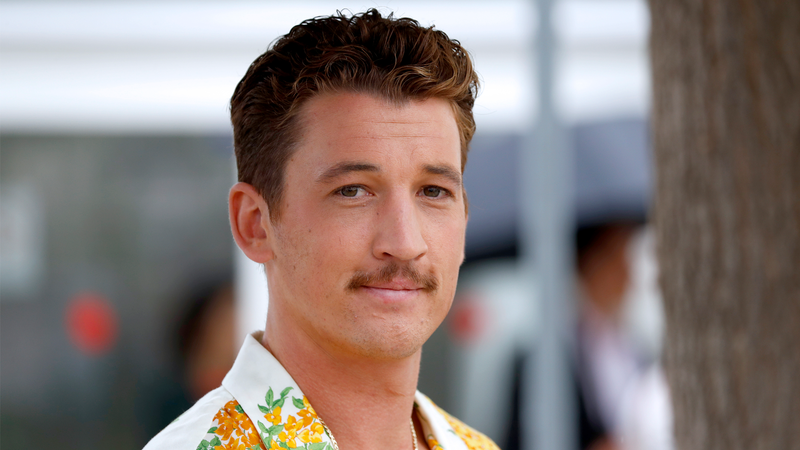 Starring in the latest Taylor Swift music video is gonna get you attention whether you want it or not. Newest example, Miles Teller, the latest actor to become a Taylor’s Version of himself for — are you ready for it… “I Bet You Think About Me” (Taylor's Version) (From The Vault).

Already knowing that Swifties don’t play, it was no surprise that rumors from back in September started swirling back up regarding Teller testing positive for COVID-19 over the summer after refusing to get the vaccine. Which reports said apparently led to an unexpected halt in production on The Offer, the upcoming limited series he is currently filming about the making of the Oscar-winning movie The Godfather.

At the time Teller's rep denied the claims, calling them "incorrect." And now as it seems, Teller is addressing the rumors himself, assuring the Twitter-verse that they’re exactly that… just rumors.

Tweeting, “Hey guys, I don’t usually feel the need to address rumors on here but I am vaccinated and have been for a while. The only thing I’m anti is hate.”

Hey guys, I don’t usually feel the need to address rumors on here but I am vaccinated and have been for a while. The only thing I’m anti is hate.

Directed by Taylor’s longtime friend Blake Lively, the six-minute video for the “(From the Vault)” tracks off Red (Taylor’s Version) finds Teller playing an ex of Swift’s who even on his wedding day, remains haunted by their past relationship. Swift of course plays the role of the unruly wedding guest / literal “nightmare dressed like a daydream.”

Knowing how hardcore Swifties are, where do you think they learned it from? Tay Tay doesn’t mess around, so we highly doubt an unvaccinated Teller would have been allowed on her set. But for real… do you see how close their faces get? Just in case you haven’t, check out the “I Bet You Think About Me” (Taylor's Version) (From The Vault) music video below. And if you’ve already seen it, let’s be honest… you obviously want to watch again anyway.