If recent events have taught us anything it’s that loyalty has no place in college football, a sport where only one thing is sacred—winning. Even if it feels like a betrayal of the highest order, Deion Sanders’ departure from Jackson State, a program he built from the ground up, was always inevitable, a mere product of natural selection. Mirroring nature itself, college football is a delicate ecosystem comprised of apex predators, bottom feeders and everything in between. Sanders, to his credit, discovered his place on the coaching food chain early on, identifying Jackson State as the perfect starter school, a necessary step on his evolutionary chart.

Sanders isn’t any more or less of a villain than Brian Kelly, Lincoln Riley or any other coach guilty of leaving their program for a better opportunity elsewhere. It would be hypocritical to criticize coaches for doing this when players are essentially doing the same thing, exercising their free agency by entering the transfer portal en masse. That said, it’s easy to see why people would be turned off by Sanders’ abrupt exit, leaving Jackson State for a Pac-12 afterthought coming off a miserable 1-11 season.

“You can’t have this both ways. I don’t judge him for taking the job at Colorado. It probably increased his salary by something like 15 times,” said longtime ESPN personality Bomani Jones while appearing as a guest on CNN This Morning. “There’s room to criticize him for the way that he has left and for the fact that his initial rhetoric is not in line with his ultimate decision.”

There’s no way to leave a program without hurt feelings. Just ask Randy Edsall, who, after coaching UConn to its first BCS appearance at the 2010 Fiesta Bowl, didn’t board the team’s charter back to Connecticut, instead traveling to Maryland, where he was ultimately named head coach. Jones understands why Sanders, a Hall-of-Famer and former NFL Defensive Player of the Year, would abandon Jackson State for a Power Five program, albeit one without much recent success. What he wouldn’t have done, however, is promise to make HBCUs (historically black colleges and universities) relevant again, only to leave at the drop of a hat.

“He went to Jackson State primarily because he wanted to be a head coach but didn’t want to ever be anybody’s assistant coach. So he had to find somebody that would give him a job and make him a head coach so that he could have that on his resume, and then he could take that to try to get the job that he actually wanted,” said Jones, whose HBO series, Game Theory with Bomani Jones, returns for its second season in January. “Jackson State was the place that could do it and he did a lot of good work while he was at Jackson State. But all the bigger grandiose notions of what he was doing for somebody else, no, it was what it always is. He did it for Deion. And that’s fine, if you don’t tell us that you’re trying to do this for somebody else.”

Is @DeionSanders a sellout for leaving Jackson State?@bomani_jones: "I wouldn't have come in the first place and said God sent me here to fix HBCU's... he sold a dream and then walked out on the dream." pic.twitter.com/DYQ2fI61bq

Sanders can spin it any way he wants, but it would be disingenuous to call his defection to Colorado anything other than a business decision, the latest rung on a head-coaching ladder leading to a position at one of college football’s premier programs.

“I wouldn’t have come in and said, ‘God sent me here to fix HBCUs.’ And God decided in the middle of it he was supposed to leave? Maybe God wants 10 percent of $5 million and not 10 percent of $375,000. If God can do math, I understand why it is,” said Jones of Sanders, who sparked controversy over the weekend by encouraging his players to enter the transfer portal to make room for new, better recruits. “He sold a dream and then walked out on the dream. People have the right to be critical of that.” 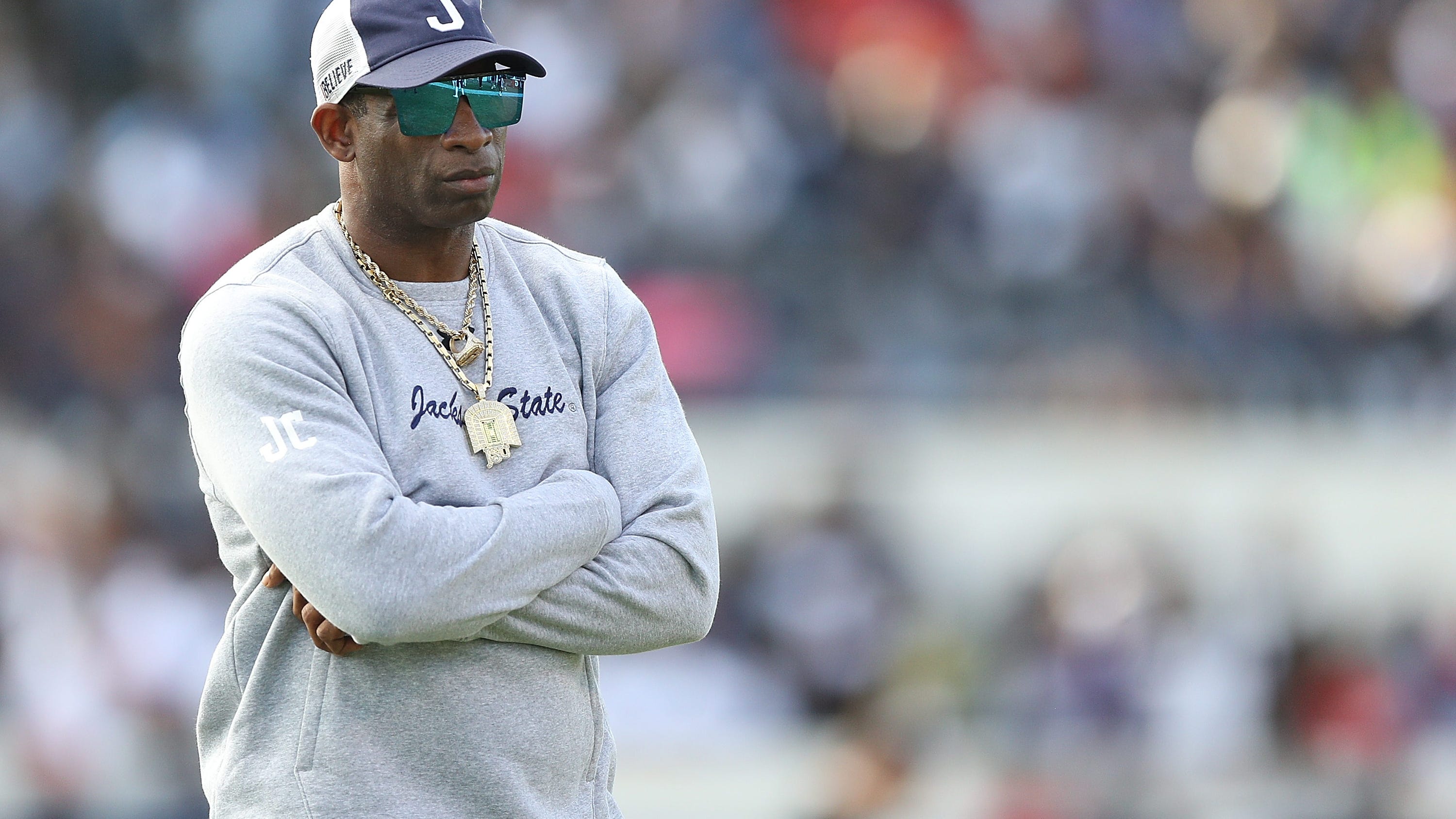