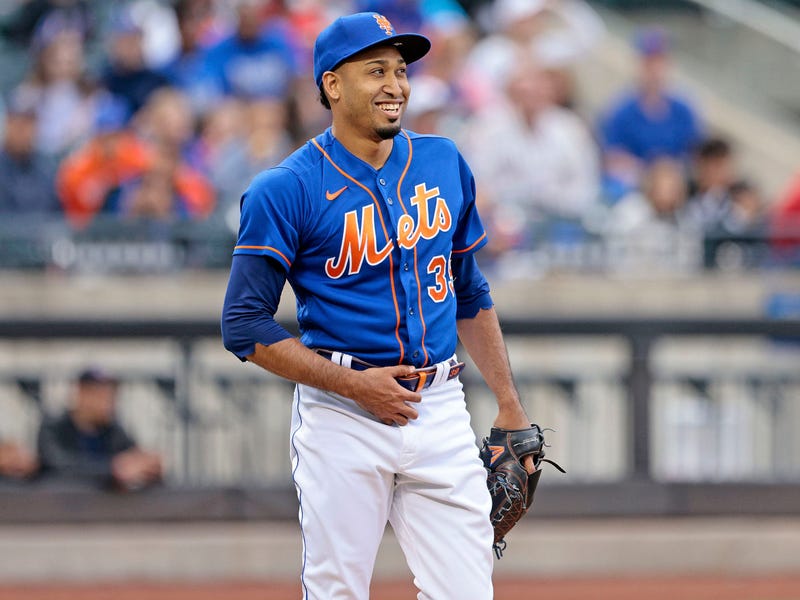 The deal that brought Edwin Diaz to the New York Mets will be the subject of debate for years to come.

But for this season at least, the Mets have to feel pretty good about it -- even when taking into account their unceremonious release of Robinson Cano.

That's because Diaz is reclaiming the mantle as one of baseball's most dominant relief pitchers -- if not the most dominant. This after three up-and-down seasons as the Amazin's closer.

According to a recent Fangraphs article, it may be as simple as pitch mix.

Diaz boasts an overwhelming fastball that sits in the high 90s, as well as a knockout slider that writer Ben Clemens deems "the best breaking pitch" in all of baseball.

"There's no doubt it: the slider is the better of Diaz's two pitches," according to Clemens. "This year, he's leaning into it.

"Since the start of June ... Diaz has thrown 60% sliders and 40% fastballs. Why wouldn't he? The results speak for themselves; he's running a 28.1% swinging strike rate on the pitch this year, a number that I frankly have trouble wrapping my mind around."

Opposing batters are seemingly helpless against Diaz's slider, often swinging at ones out of the zone and taking ones in the zone. Even when they swing at the right one, they often miss or make weak contact.

While former top prospect Jarred Kelenic -- whom the Mets surrendered in the Diaz/Cano trade -- languishes in the minor leagues following his second career demotion, Diaz is enjoying his finest season so far for the first-place Mets.

With the Amazin's fighting through a relative down period for both their lineup and starting rotation of late -- all while the Braves have gotten back into playoff contention with a blistering hot streak -- Diaz's steady dominance has been much-needed.