Days before baseball's trade deadline arrived on Aug. 2, Boston Red Sox chief baseball officer Chaim Bloom told reporters that he doesn't like labeling teams as a buyer or seller. True to his word, the Red Sox -- now three games back of an AL wild-card spot -- certainly straddled that line between a buyer and seller on Tuesday, making four trades that boggled the minds of fans and analysts.

While opting to keep impending free agents J.D. Martinez and Nathan Eovaldi, Boston shipped starting catcher Christian Vazquez to the Houston Astros for a pair of minor leaguers, and also acquired veteran outfielder Tommy Pham from the Cincinnati Reds. In addition, the Red Sox moved reliever Jake Diekman to the Chicago White Sox in exchange for catcher Reese McGuire, and swooped in to add San Diego Padres veteran Eric Hosmer, who was close to joining the Washington Nationals as part of the mega package for superstar Juan Soto.

"I don't get the Red Sox. I realize Chaim Bloom is smarter than me -- he went to Yale... I don't get what they did," Jon Heyman explained to Joel Sherman in their latest episode of The Show podcast. "They're in the middle. It's hard for these teams in the middle. What do you do -- do you buy, or do you sell? The idea of threading the needle doesn't really work for me -- maybe in the long-run. They added Hosmer, and I really didn't get it. They have Triston Casas..."

"I think the current executives want to try to live in both words, when they're in these places. Can we buy a little, sell a little. But, I'm not exactly sure what the Red Sox did," Sherman said. "Did they sell enough? No. They didn't really build their farm system up with this. Did they buy enough to change their arc and get into the postseason? They still have to get healthy... I feel like they didn't go either way. And that didn't help them in 2022, and didn't help them in 2023, going forward." 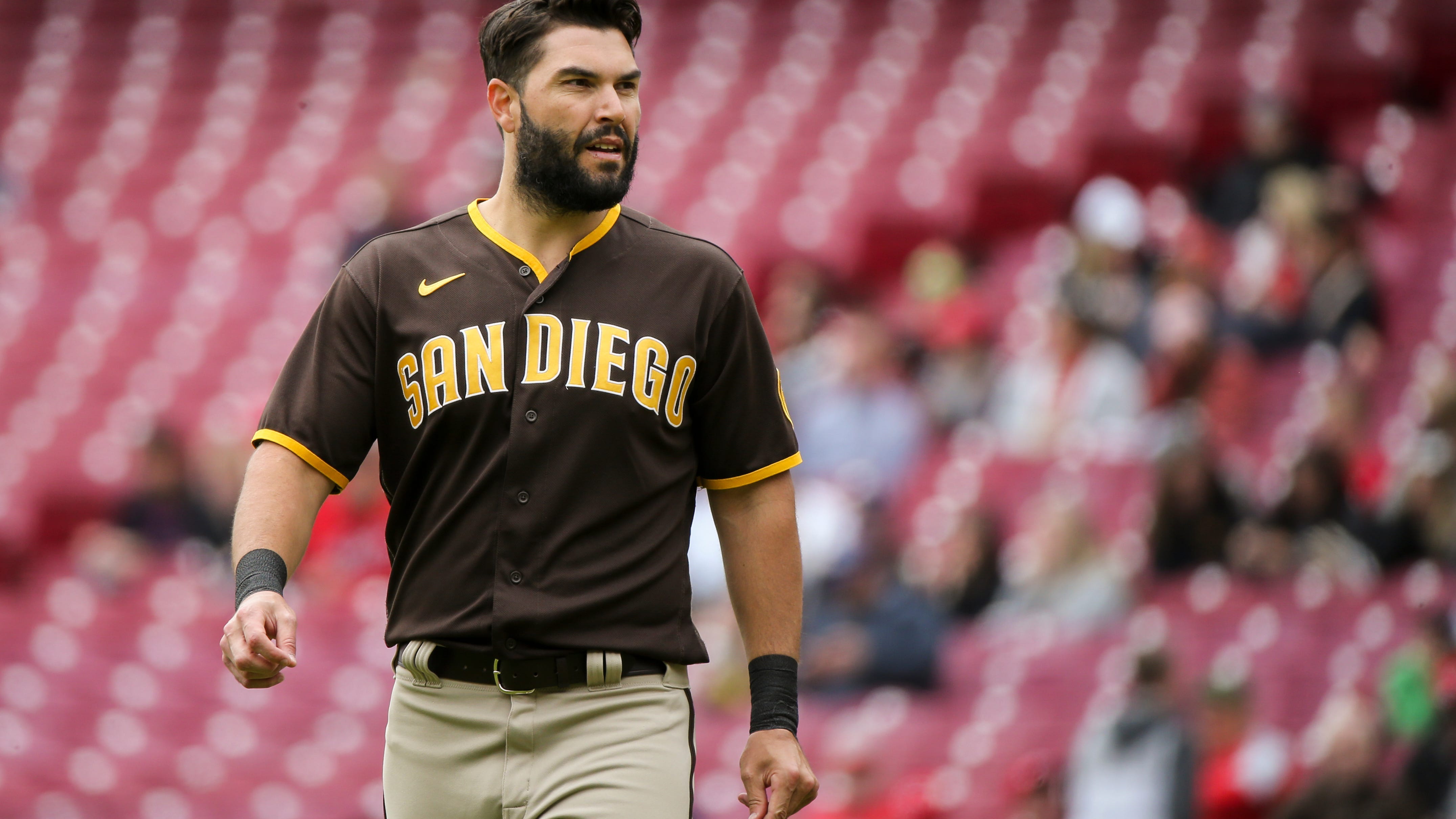 The uncomfortable question about the Eric Hosmer trade