The NFL Network started to reveal their list of Top 100 players of 2022 over the weekend. Any sort of rankings or list is bound to stir up some debate and this is no different.

One key point of debate is around New England Patriots quarterback Mac Jones. Jones is entering his second season after being drafted 15th overall in 2021.

Andy Hart and Chris Scheim gave their takes on the list on Audacy’s “6 Rings and Football Things” podcast.

“Now this is the NFL Network’s ranking based on player votes and no one’s sure exactly what it’s based on but it includes player votes from the locker room,” Hart replied.

“That 85 spot, by the way, comes after another quarterback like Kirk Cousins, who is objectively better,” Scheim said. “With all that being said, this is bait. This is the biggest pile of bait I’ve seen in a very long time. They specifically put Odell Beckham Jr. at 90 and then Mac Jones at 85 because everyone is losing their everloving minds.”

Perhaps the NFL Network foresees big things for the second-year signalcaller. Or they just want to stir up drama.

“Kyle Pitts, another rookie from last year, 91 on the list. Kyle Pitts is the second rookie tight end in NFL history to have 1,000 receiving yards as a rookie,” Scheim said. “Now, I don’t know about you, it’s a little more impressive than an average quarterback season.”

“Oh, excuse me, a Pro Bowl quarterback season in which led his team back to the playoffs,” said Hart, playing devil’s advocate.

Jones did in fact make the Pro Bowl last season – as an alternate – after the Patriots went 10-7 during the regular season.

But the list doesn’t seem to be positionally weighted. In fact, the guys aren’t even sure how the player votes are considered. Nevertheless, the list was made and is being revealed.

“Ultimately, the thesis of my discussion here with you all is I want you to know that this is bait,” Scheim concluded. “Whether you like Mac Jones or hate Mac Jones this is nothing but bait they want you to argue with people about and talk about it. And that is the sum of this story.”

Well, we’re talking about it. Now let’s see if Jones can make the NFL Network look like soothsayers this coming season. 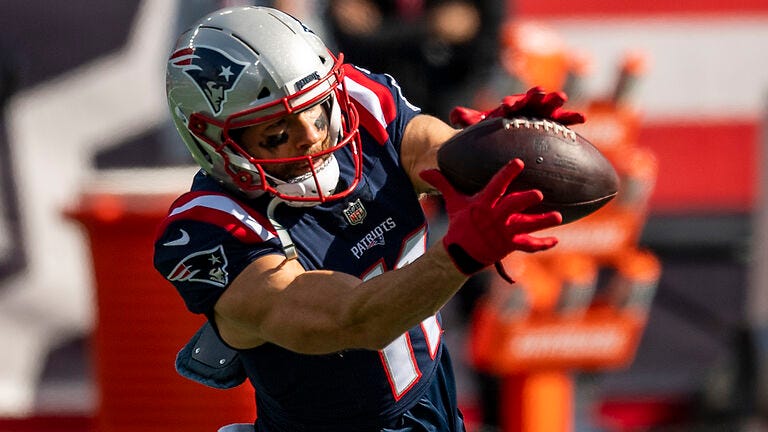