Kevin Durant has reportedly requested a trade out of Brooklyn, and now, days after opting in to the final year of his deal with the Nets, it appears as if Kyrie Irving already has an exit strategy.

During ESPN’s pre-trade deadline coverage, the following was revealed about Irving’s future plans:

“Kyrie Irving is telling everybody he plans on going to LA, meaning the Lakers, as soon as he possibly can. The likelihood is that he’ll have to go through this season, and then when he becomes a free agent, he plans on rejoining LeBron James in a Los Angeles Lakers uniform.”

"Kyrie Irving is telling everybody he plans on going to LA, meaning the Lakers as soon as he possibly can."

The Lakers have $145 million allocated to just five players for next season, but Anthony Davis, who is set to make $40.6 million in 2023-24 in the fourth year of his five-year deal, is the only player guaranteed beyond next season (although Talen Horton-Tucker has an $11 million player option).

With both LeBron and Russell Westbrook both in their final years, that’s $91.5 million coming off the Lakers’ books next summer, and per the report, Kyrie has been “convinced to believe” LA’s copious cap space will be used to re-sign him (and clearly James, based on the language). 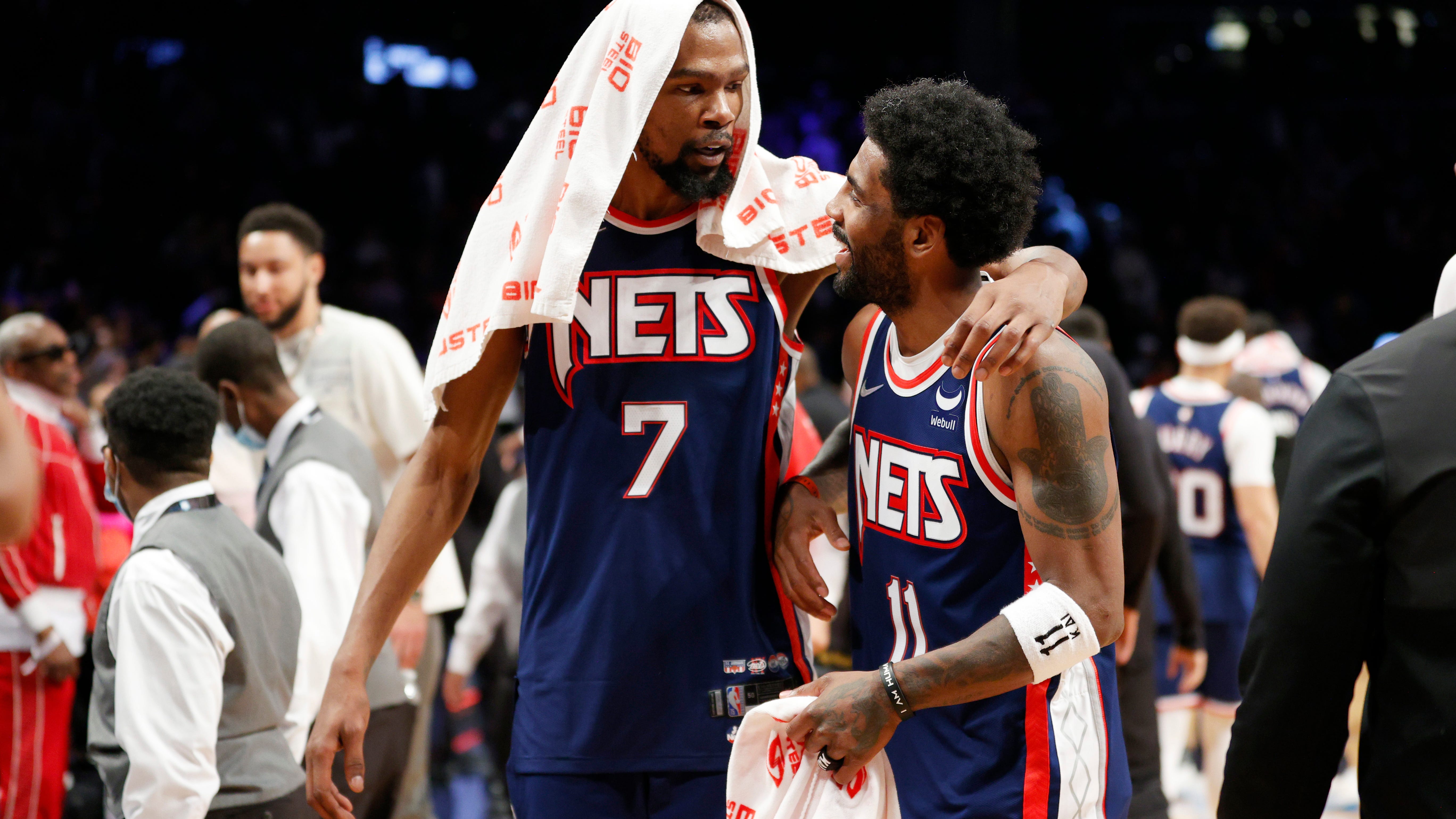 Kevin Durant wants out of Brooklyn, and Kyrie Irving would likely follow: Report

That move would ostensibly replace Westbrook with Irving in the Lakers’ Big 3, and while the Nets would of course be the only team able to offer Irving a Super-max deal, it’s being said by ESPN insider Adrian Wojnarowski that “it’s very likely Kyrie has played his last game as a Net” – meaning, perhaps, Irving can find a way out of Brooklyn early, although he has a $5.5 million trade bonus that he would be owed on top of his $36.9 million salary.

This will of course be a fluid situation, but the bottom line is it seems the Kyrie era has both a soft and hard end date in Brooklyn.