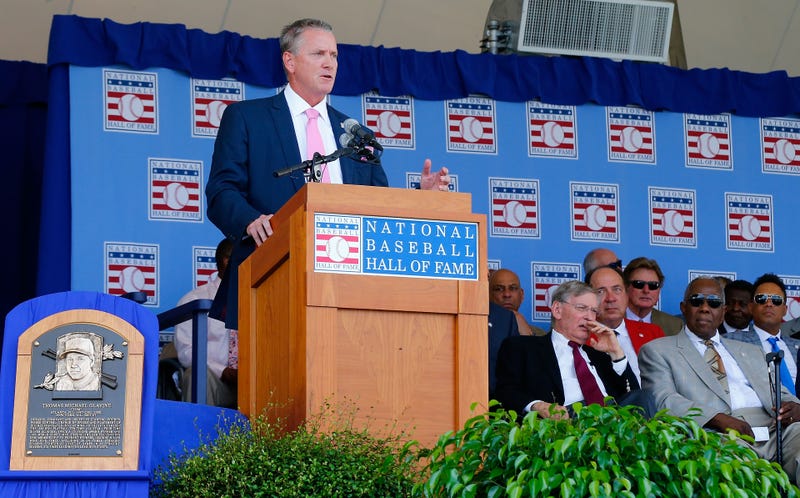 In the history of Major League Baseball, which dates all the way back to 1869, only 24 pitchers have finished their careers with at least 300 wins. This is one of baseball's most prestigious clubs, and it's long served as a benchmark stat for Hall of Fame candidacy. The proof? Every pitcher but one in this group has a plaque displayed in Cooperstown. The 300-win club is simply a testament to skill and longevity -- and it may never welcome another member.

The modern game has devalued the win, as the vast majority of pitchers don't go deep into games, or receive nearly as many decisions as they would in the past. At the moment, veteran ace Justin Verlander is the closest player to 300 wins (234), and the chances of him accomplishing the feat in his early 40s are quite slim. The second-most recent pitcher to join the group was Tom Glavine, back in 2007, and he can't envision a 25th member being invited.

"I hate to say never, but if I was going to bet on it, I'd say no. It's certainly not that anyone in today's game doesn't have the talent to do it," the Hall of Fame pitcher told The DA Show on Monday. "There's plenty of guys in today's game who have the talent to do it. The most important factor is health. I don't know this off the top of my head -- I'm going to go from my experience, and guys in my era -- you pretty much need to pitch 20 years to get there.

"Guys in today's game aren't pitching 20 years. As hard as they throw, and as much effort as they put into it, their bodies just aren't going to hold up for 20 years... I just don't see it happening. You're starting to get guys coddled with the pitch count, and in terms of how much they're used in a given year. In our day, routinely, 35-36 starts a year. The guys aren't doing that anymore, either... You do the math, you've got to win 15 games per year, pretty consistently..."

The entire baseball conversation between Glavine and DA can be accessed in the audio player above.