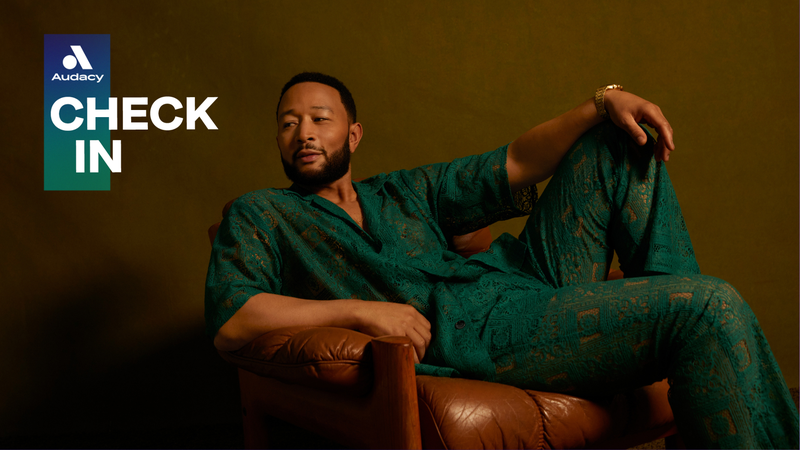 Still on cloud nine since dropping his legend- wait for it -dary vibrant double album, LEGEND, John Legend took a moment to check in with Audacy’s Bru to share details about the album, plus the excitement of expecting baby No. 3 with Chrissy Teigen.

Starting things off by talking about the album, John shared, “It feels so good to have it out, you know I’ve been living with this music for quite a while. We started writing it early 2021, so some of these songs have been with me for a year and half now…It’s nice to finally have all of this music, all of this love we poured into it, have be felt by people all around the world.”

John also revealed what he thinks people can expect from giving the project a listen.

“I think they’re gonna have a lot of fun, a lot of it is celebratory, some of it is very sexy, sensual so they’ll have good times with that too. Some of it will make them dance, and then some of it will really make them contemplate their life and relationships, and the challenges that they faced in their lives.”

FUN FACT: LEGEND marks the first time John used any aspect of his name as an album title.

Agreeing with Bru that this project “feels the most you,” John went on to say, “It feels very me, it’s diverse, and it’s kind of eclectic in a lot of ways… It reflects all of the music that I love, all of the music that’s inspired me over the years. All the stories, all the different kind of flavors of love that we go through in our lives, it’s all represented on this album. And that’s why I felt this was the time to fully embrace my name and call it LEGEND — saying this is me, this is who I am.”

Also represented on this album, is a legendary list of impressive features. As LEGEND serves up collabs with some of the music industry’s finest including Rick Ross, Jazmine Sullivan, Jhene Aiko, Ty Dolla $ign, Saweetie, JID, and more.

Still evoking those classic John Legend feels, mixed with a fresh new vibe, John’s hope for LEGEND is that “people will feel both the connection to who I’ve always been as an artist, but also feel like we continue to push ourselves, and be adventurous and creative, and do some new thing as well."

After getting more in-depth, discussing the meaning behind certain songs and some not so subtle titles, John went on to discuss some other exciting news, as he and wife Chrissy Teigen are currently expecting baby number 3.

“We’re excited, we’ve got a few more months before Chrissy is expected to deliver… We’ve been wanting to have another kid for a while, we lost a pregnancy a couple years ago, and that was difficult for us. But we are feeling so optimistic this time.”

To hear more of the conversation, check out the entire interview above.