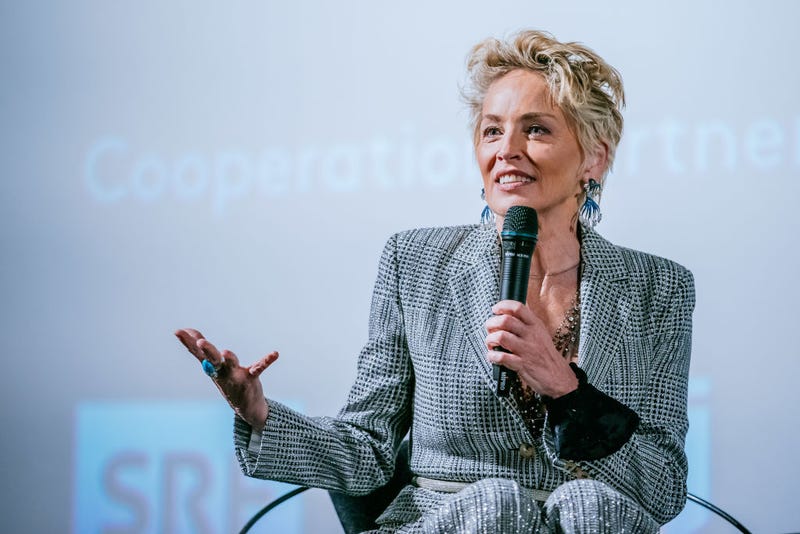 Sharon Stone stole the fashion spotlight at the Cannes Film Festival in France.

Every year the rollout of new movies and the plethora of international stars walking the red carpet into the premieres is legendary.

So you have to do something pretty amazing to grab attention. Enter, Sharon Stone. 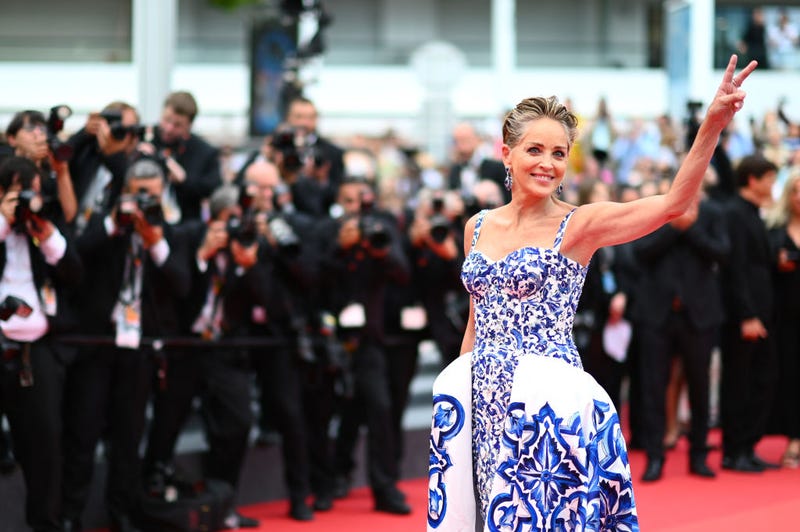 At the 75th annual Cannes festival this week, Stone was ostensibly walking the red carpet to the premiere of the French coming-of-age film, “Forever Young,” but for most in attendance the real show was Stone’s incredibly glamorous gown.

As the "Basic Instinct" star sauntered onto the carpet, all eyes went to the dramatic white dress with a sharply contrasted dark blue Mandala print. Form fitting on top, it flowed out and down with a long train. 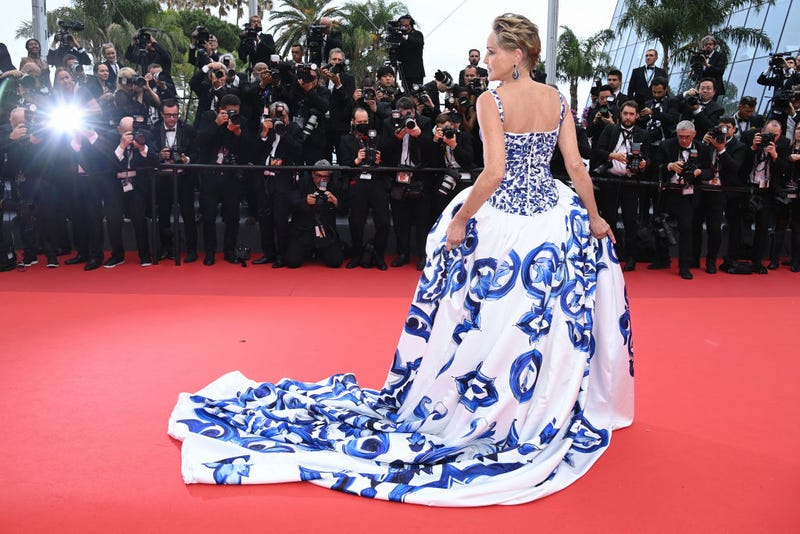 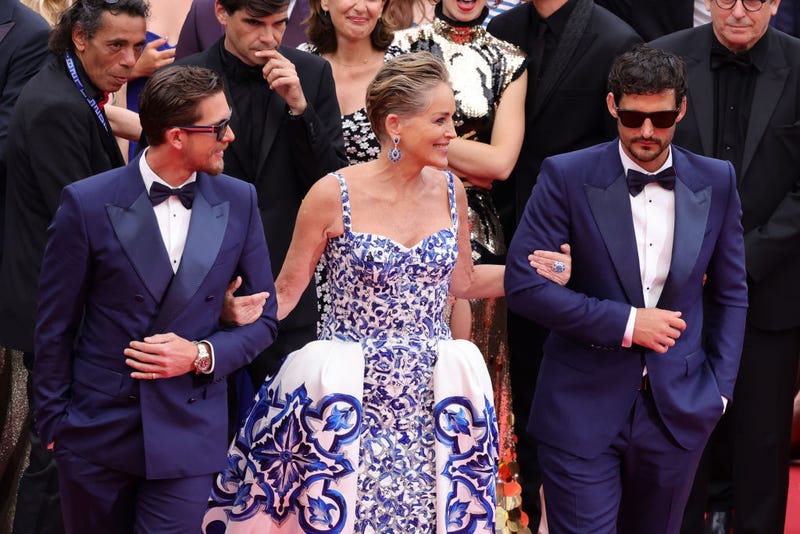 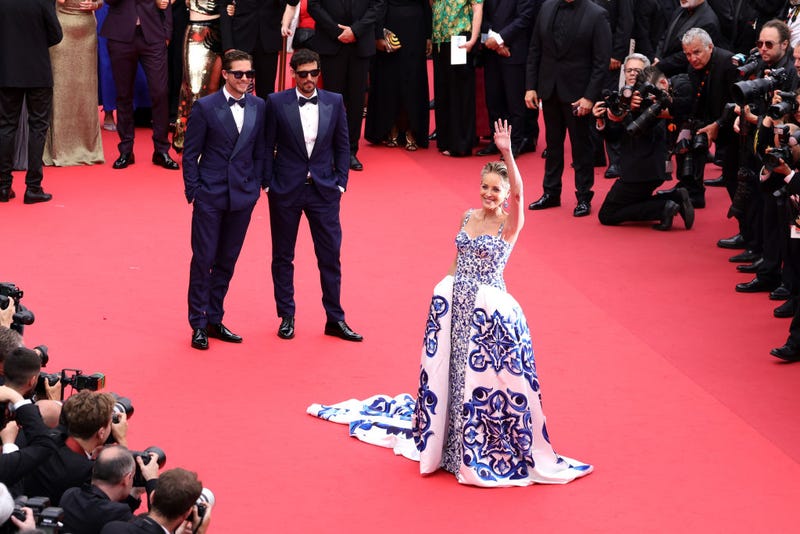 The 64-year-old flaunted her impressive figure in the dress and topped it off with a high and back sweep of her short blonde hair. 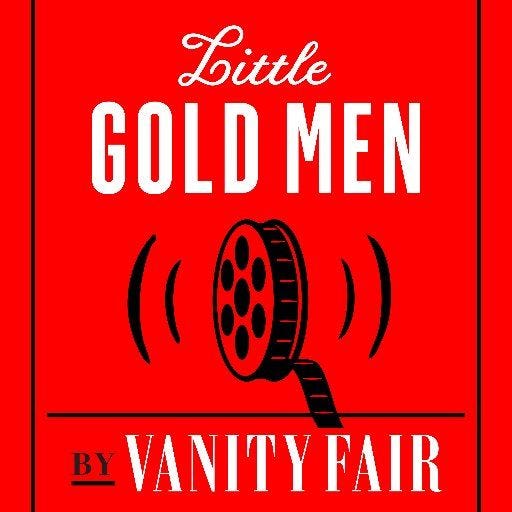 And as she’s known to do in her movie roles, Stone surprised everyone when, halfway into her carpet traipse, models/dates Adam Senn and Sam Webb – donning their own matching navy two-piece suits – came over to help her remove the skirt/train and reveal the Swarovski crystals-covered blue design running all the way down the rest of the now-fully exposed, sleek dress. The new look featured a long slit, which Stone highlighted as finished her sashay past photographers. 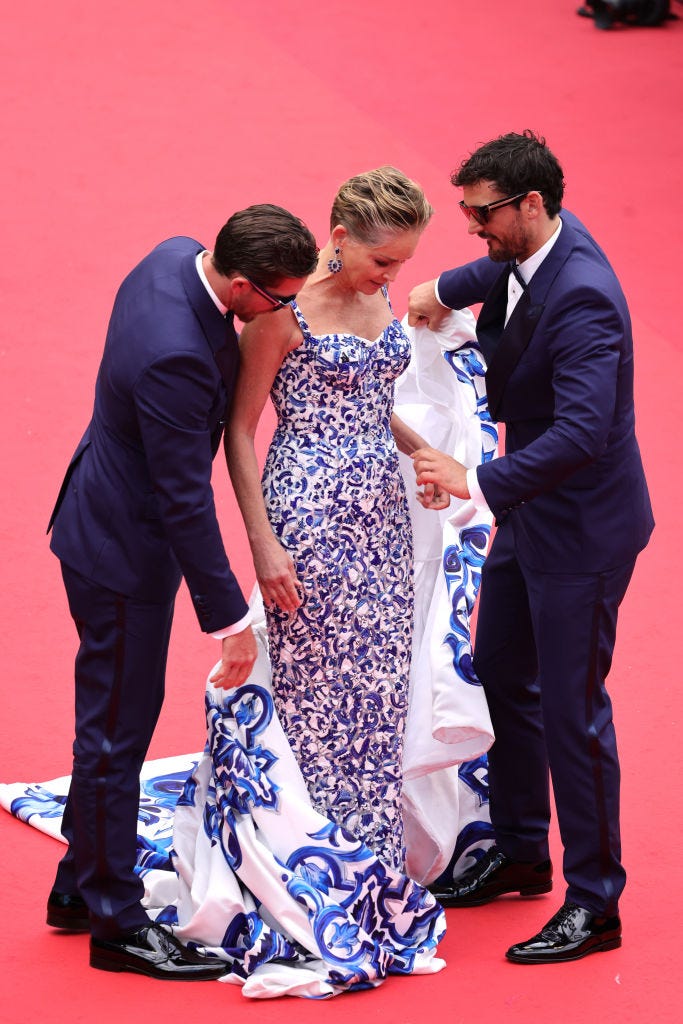 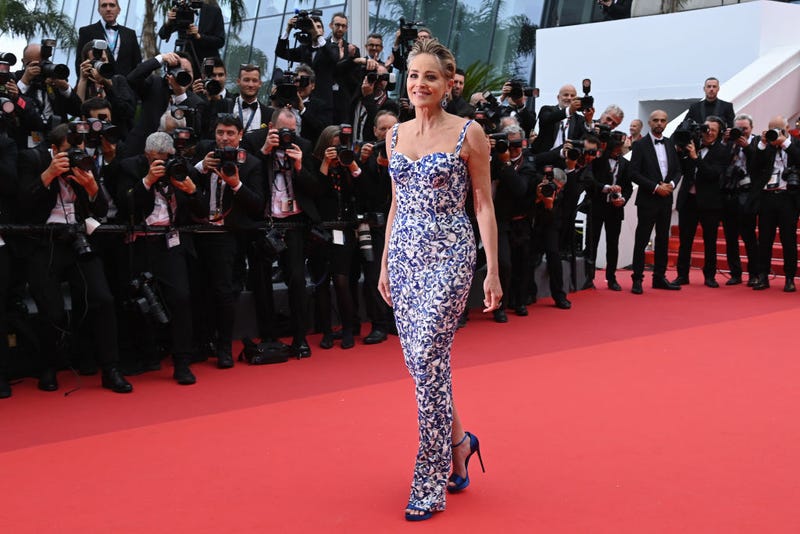 In all, it was a fabulous entrance that will be hard to match as the show goes on through the eleven days of the festival. 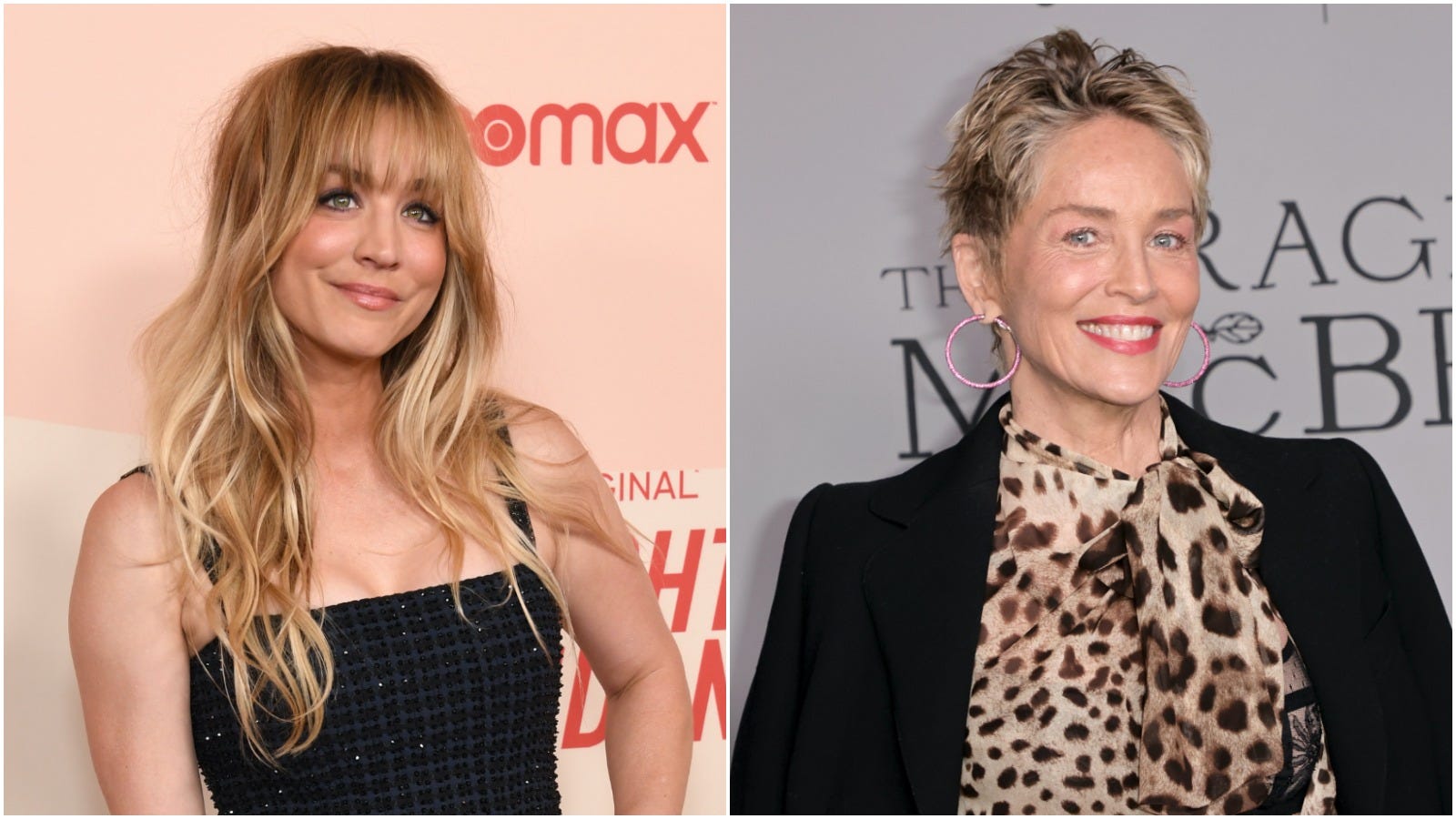 The dramatic, takeaway dress reveal has had a moment this spring, as Blake Lively similarly stole the show at the Met Gala last month with her own incredible, convertible gown.

Sharon Stone can currently be seen on the HBO series, "The Flight Attendant," and will be playing the villain in DC's upcoming superhero blockbuster, "Blue Beetle," which will arrive in theaters in August. 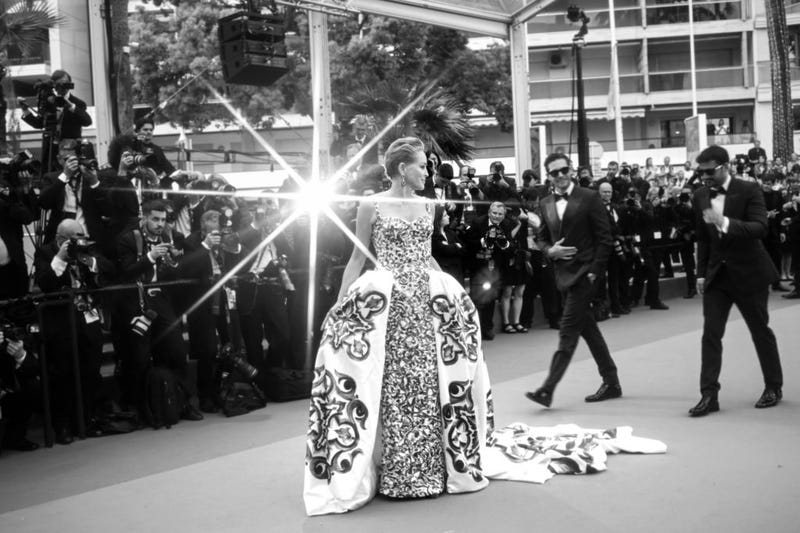