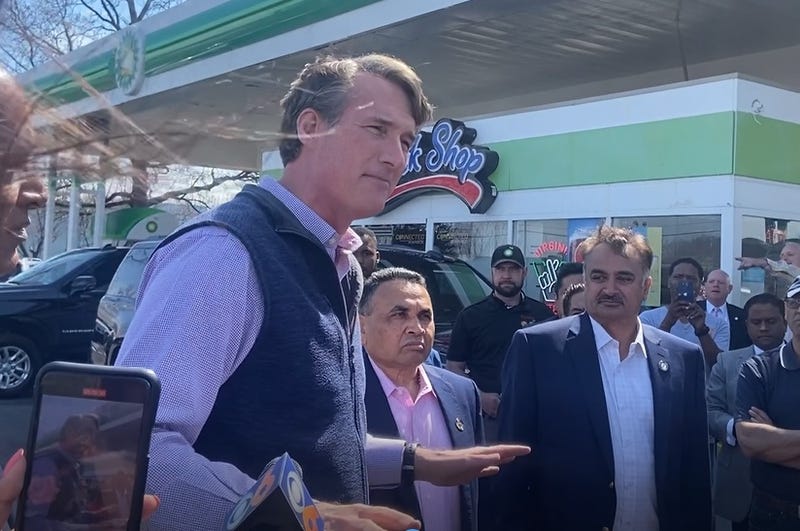 Richmond, Va. (Newsradiowrva.com) - For the third time, Governor Glenn Youngkin (R) failed to convince Senate Democrats (and one Republican) to suspend the state gas tax. The Senate killed the Governor's proposal Friday evening, after the Republican-controlled House had approved it.

Youngkin had included the proposal in his packet of budget amendments. Virginia political analyst Bob Holsworth told Richmond's Morning News with Gary Hess that Youngkin likely viewed this as a win-win: either the gas tax was suspended or Republicans get to run on it next year.

The Senate also killed Youngkin's attempt to bar the use of Medicaid funds for certain rare abortions involving fetal abnormalities. Democrats has argued with the gas tax that suspension wouldn't really impact price but would underfund transportation needs.