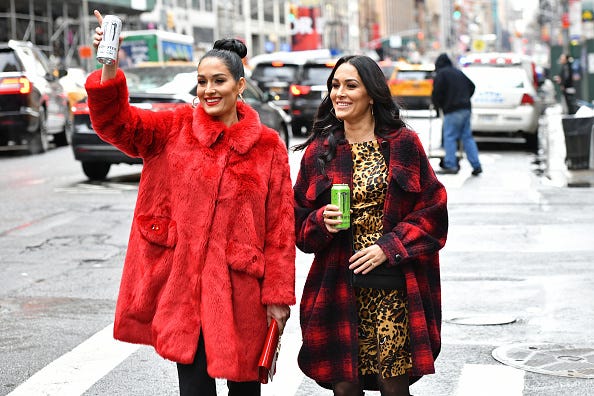 Nikki Bella's personal life has been in the news a lot recently, and now, she and sister Brie are pregnant at the same time with due dates just two weeks apart.

From her break up with John Cena to her engagement announcement with Artem Chigvintsev, Nikki has had a wild 2019, and it looks like this year is going to continue on that wild ride.

Nikki & Brie revealed to @people that they are BOTH pregnant! https://t.co/c7iCdBlQSn

Nikki is expecting her first child with her fiancé Artem. Brie already shares a 2-year-old daughter with husband and WWE Superstar Daniel Bryan.

In response to both of the twins being pregnant at the same time, Brie said to People, “We both are shocked. People are going to think we planned it, but you can't really plan a pregnancy!”

From birthdays to WWE titles, @Total_Bellas stars @BellaTwins Nikki and Brie Bella have shared plenty together — now, they can add being pregnant to their list. 🍼 💕

After the initial shock, the two are now leaning on each other through the journey and fighting through the unsettling nausea that’s come with their dueling pregnancies.

"We have definitely felt better in our lives," Brie admits. "It's actually crazy because we both have the same symptoms. So we've been super nauseous."

"I feel like I literally have a hangover every day and it's crazy because I'm not going out and partying," Nikki adds.