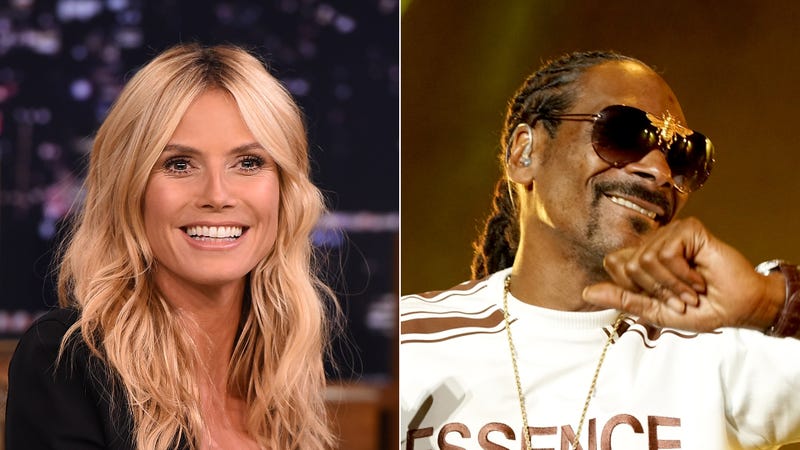 Supermodel and TV personality Heidi Klum, and West Coast rap and media icon Snoop Dogg, have joined forces for a new collaborative single, titled "Chai Tea with Heidi." Pull up a seat and have a sip.

Listen to your favorite music now on Audacy curated for fans, by fans like Snoop Dogg Radio, and more!

Heidi and Snoop's brand new dance single, "Chai Tea with Heidi," was produced along with multi-Platinum EDM producers Tom Kaulitz (married to Klum since 2019) and Devon Culiner of WeddingCake, and samples Sir Rod Stewart's 1983 classic, "Baby Jane." Stewart himself gave the OK for the sample, although Klum tells Billboard that his response got stuck in her spam folder, causing a little unanswered anxiety until the problem was found.

This is not Heidi's first venture into the music business, as fans will surely remember her 2006 holiday charity hit, "Wonderland." “Anyone who knows me, knows I love hip-hop,” Klum recently told Variety. “Working with Snoop Dogg has always been a dream of mine.”

"I figured I needed to go big or go home," the former Project Runway judge told England's The Sun newspaper earlier this week. "I contacted him about the idea and, to my surprise and delight, he invited me to come to his studio. I love a song that makes people want to dance and have fun... and Snoop helped deliver just that."

It also looks like the unlikely duo gave their new project a music video treatment as well, with Heidi sharing a black and white clip of her and Snoop together under bright lights on her Instagram, shot by renowned photographer Rankin.

Listen to Heidi's uptempo new single above, which will also serve as the opening track for the seventeenth season of Klum's reality competition series, Germany's Next Topmodel.