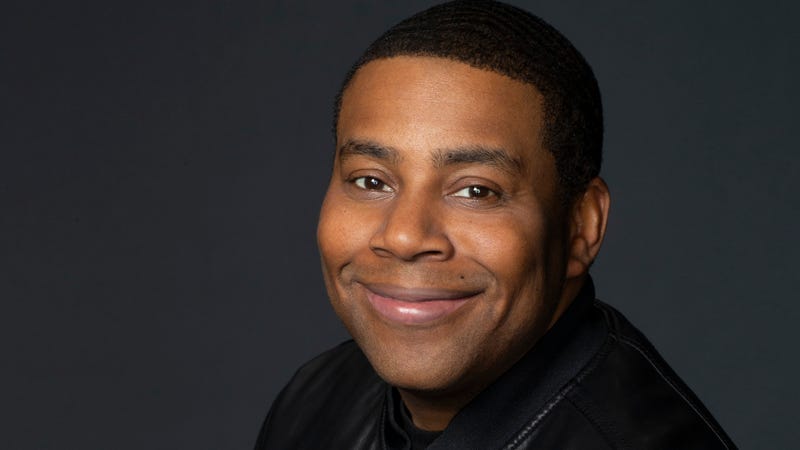 Comedian and actor Kenan Thompson, known over the years for his fan-favorite characters on Saturday Night Live, joins the SmartLess podcast with Jason Bateman, Sean Hayes, and Will Arnett to talk shop and his rise from child stardom to Emmy nominations.

Kenan Thompson, Saturday Night Live's longest-running cast member, joins the SmartLess gang this week from Atlanta to talk about his time with the show.

Of course, there has been plenty to brag about in between -- even Kenan knows he's needed to update his website since 2007 -- the crew touched upon his child-stardom on Nickelodeon and ice skating/trash-talking skills in Disney's D2: The Mighty Ducks before diving into his tenure on SNL where the Emmy-nominee and upcoming 2022 awards show host just finished his 19th season. "You have the greatest job in showbiz," Jason tells Kenan. "That place is a temple... I still would trade it all in to be a cast member," he adds. "It is a special place... come back and host, it's way better. The hosting gig is way better," Kenan says. Unfortunately, the pair had missed each other in 2020 when Jason hosted due to COVID protocols.

Some may not know that Kenan, 44, is the first cast member to be born after the show had already begun its now 47-year run in 1975. "'SNL' was a huge deal," growing up, he admits. "I think I caught on after my 'In Living Colour' run, but definitely middle school, the [Adam] Sandler/Chris Farley days, I was paying attention pretty strong. Then I went back and researched the Eddie Murphy days because I remember my dad watching 'Hot Tub' and s*** like that that I couldn't really watch at the time. So, I had to go back and study 'Gumby' and all that good stuff, and Garrett [Morris]' years, and the original seven..."

"Since, I've been watching it for the rest of the duration," Kenan explains. "From the Sandler years on, I've been a student and a huge fan. It was definitely a dream that I thought would never happen."

Hear more with Kenan Thompson on this week's full episode of SmarLess with Jason Bateman, Sean Hayes, and Will Arnett, including comedian Steve Harvey's thoughts on Kenan's incredible impersonation and much more -- now streaming on Audacy. SmartLess is a podcast that connects and unites people from all walks of life to learn about shared experiences through thoughtful dialogue and organic hilarity. A nice surprise: in each episode of SmartLess, one of the hosts reveals his mystery guest to the other two. What ensues is a genuinely improvised and authentic conversation filled with laughter and newfound knowledge to feed the SmartLess mind. New episodes come out every Monday.

Listen to your favorite music on Audacy's all-new stations like Audacy All New, Conscious Hip Hop, Let's Get Social, K-Bops, Don't Metal In My Affairs, Collabornation, Audacy New Country, Wake Up and Rock and ALT Roots -- plus check out our talent-hosted Ed Lover's Timeless Throwbacks and Kevan Kenney's Music Discovery!