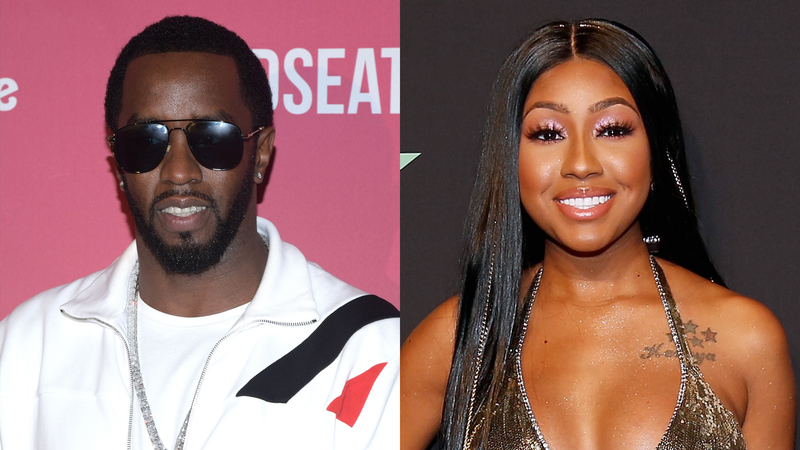 Twitter is scrambling to figure out if Diddy and Yung Miami are dating. And we’re here to tell you… we have no idea if they are or not. Sorry, but here’s what we do know.

While it seemed like pretty much everyone was in attendance at Quality Control CEO Pierre “Pee” Thomas’ birthday party in Atlanta on June 2, including Gucci Mane, Lil Yachty, Jermaine Dupri, Lil Baby, T.I. and more, thanks to photographic proof, the internet only cared about two of the evenings guests, Diddy and City Girls rapper Yung Miami who stepped out all dressed up — holding hands.

For a brief relationship status on both: Diddy who’s seemingly single, kinda tried to shoot his shot with his ex J.Lo recently, while Miami has been in an on-again, off-again relationship with producer Southside.

Okay, back to why we’re here — Yung Miami shared the photo on Instagram the following day, with the caption,“It’s a whole lot of money in this mf!,” and the Twitter alarms sounded off shortly after. Then Diddy reposted the photo to his own IG, and the internet collectively lost its mind. As the romance rumors started to swirl, some were here for it, others not so much.

Once again we scrolled through the mess so you wouldn’t have to. Check out some of the reactions below.

Did I just see Diddy and Yung Miami like that? pic.twitter.com/JGE0Evqg4Q

lol Diddy went from posting a tbt with JLo to now posting hand in hand with Yung Miami??? 🤣🤣🤣