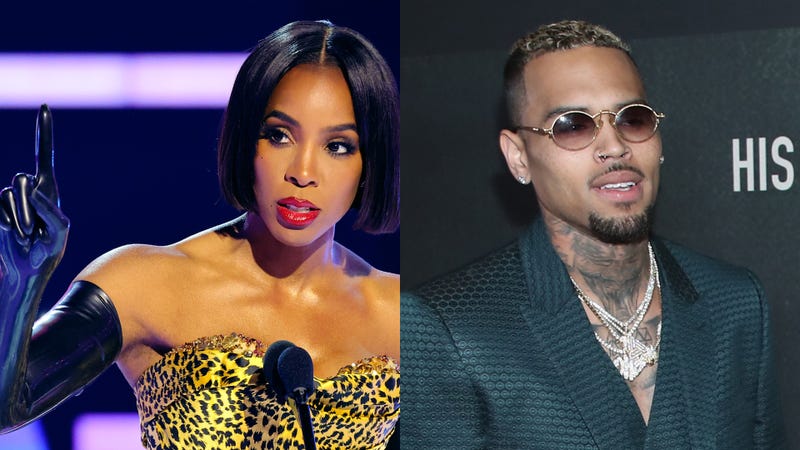 What's an award show without a bit of controversy? Singer Chris Brown took to Instagram over the weekend to share a seven-minute video of a rehearsal for a Michael Jackson tribute that was allegedly supposed to be performed at this year's American Music Awards. A tribute that would have marked the 40th anniversary of Michael Jackson’s renowned album, Thriller.

“U SERIOUS? 🤦‍♂️” the caption wrote, followed with the comment “WOULDVE been the ama performance but they cancelled me for reasons unknown [Shrug emoji].” Brown shared via Instagram post.

One can assume that his abruptly canceled performance had something to do with why he was a no-show at the AMAs this past weekend.

In his absence, he was awarded Favorite Male R&B Artist which was presented by Kelly Rowland, a former member of the girl group– Destiny’s Child. After his name was called, there was plenty of booing throughout the crowd. Rowland accepted the award on his behalf while simultaneously checking the audience so she could give Brown his flowers.

“Excuse me, chill out,” she said while raising her finger.

“I want to tell Chris thank you so much for making great R&B music… Thank you for being an incredible performer,” she said.

Chris Brown wins The American Music Award for favourite male R&B Artists, and Kelly Rowland made sure to give him his flowers 💐 pic.twitter.com/wBy6HYO1Fb

Rowland was not the only one to take to Brown’s defense after rumors of his canceled performance.

Songwriter and producer, Jermaine Dupri posted a video via Instagram to inform followers that the cancellation of Chris Brown’s performance is a warning of something much bigger. “Black music, we in trouble,” he said.

R&B singer, Tank, also took to Instagram to ask the AMAs why they canceled Brown’s performance. “We wanna know, why?”

He goes on to talk about all the work Brown and those around him put into preparing for the performance and how disheartening it is for them to “pull the rug out from under him,” with no explanation.

Posting via Instagram story, L.A. rapper, The Game, argued that “all hip hop & r&b artists should’ve declined” and then goes on to allude that situations like this will continue to happen because there’s not enough unity within the black community. 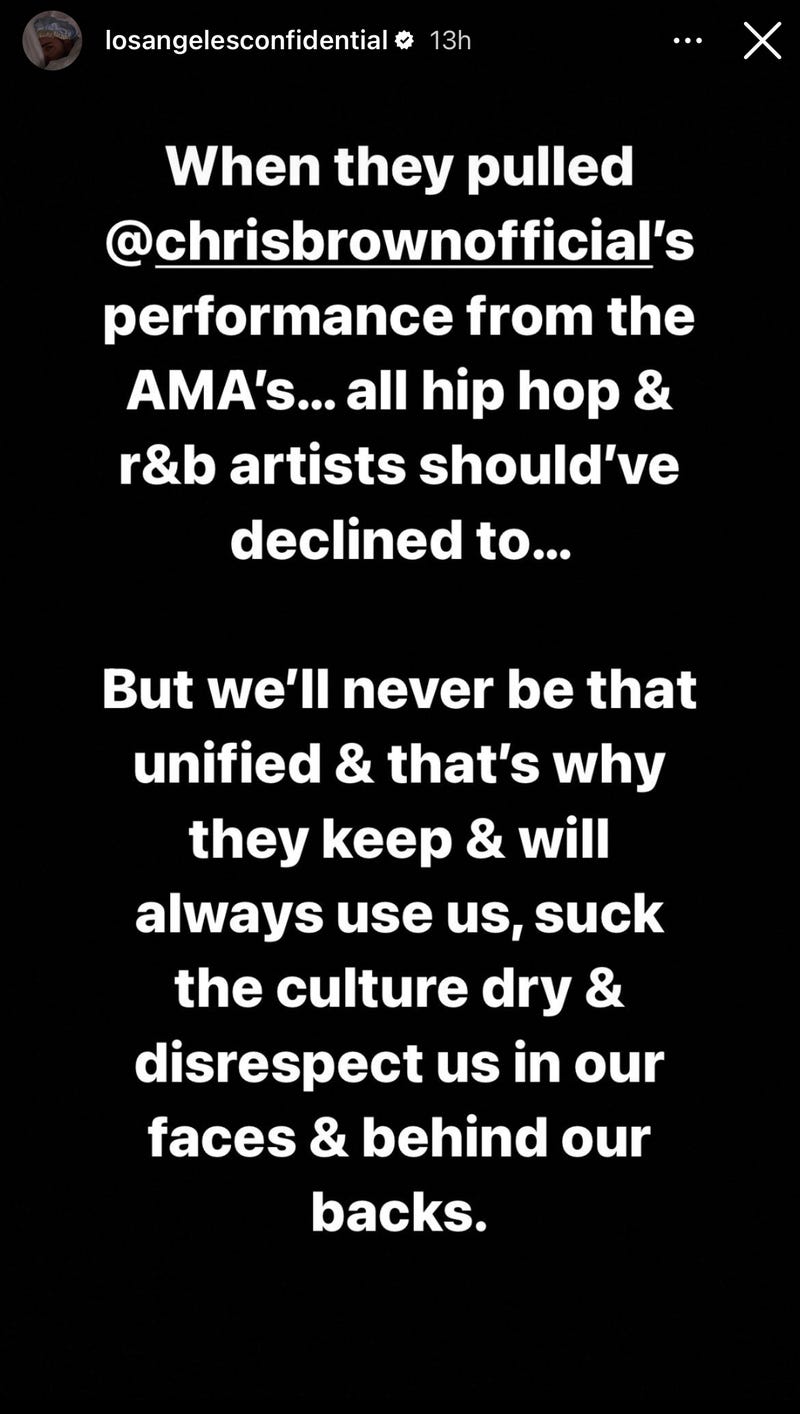 Rapper, Boosie Badazz went to Twitter to extend his support to Chris Brown: “DONT TRIP @CHRISBROWN U A REAL ONE N ONE OF THE BEST TO EVER DO IT!”