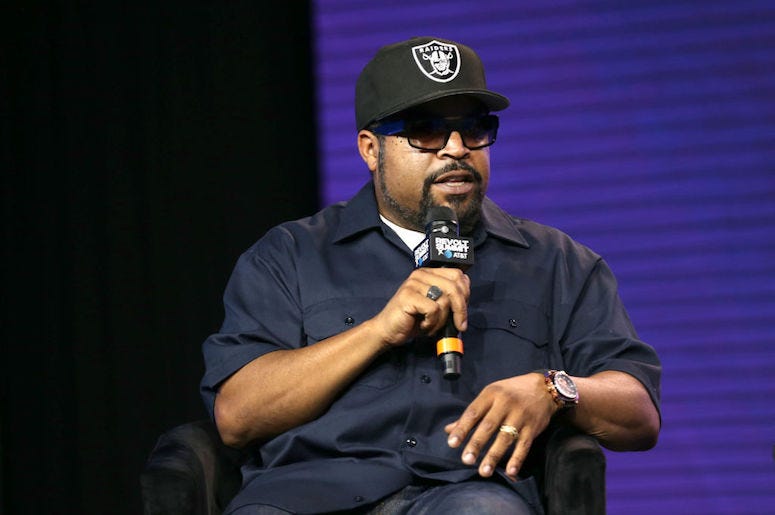 Staying true to his word, Ice Cube is reportedly getting set to meet with President Joe Biden to discuss his “Contract with Black America.”

Back in October, social media was set abuzz when it was revealed that Ice Cube spoke with the Trump administration about the “Contract With Black America.”

In an interview with RADIO.COM’s Big Tigger from V-103 in Atlanta, Ice Cube explained why he spoke with the administration. “Every person I know trying to get something done has talked to power so that’s nothing, that’s a part of it,” he said.

“I expect to talk to every damn president until we get this contract done. I’m not playing the game of ‘I’m on this team and they’re on that team.’ I don’t think we can afford to do that. We can’t afford to be on nobody’s team. We got to be on the Black team and whoever is doing the most that’s how we roll.”

In a new interview, Cube revealed the Biden administration reached out to him to discuss the “Contract With Black America.”

“Yesterday they [the Biden Administration] reached out to me… they just reached out, we’ve got to set the meeting…we’re starting to figure out when we can have this meeting and how we are going to have it,” Cube said.

He also said he “would love to bring in the specialists I have, and the experts I have to see what we can do to start moving this ball down the field.”

While no date for a meeting has been scheduled, Ice Cube said “he’ll make himself available” and is hoping to go to D.C. this month.

WATCH MORE: From Trump to 'The Arnold' here are 5 stars who ditched Hollywood for Washington