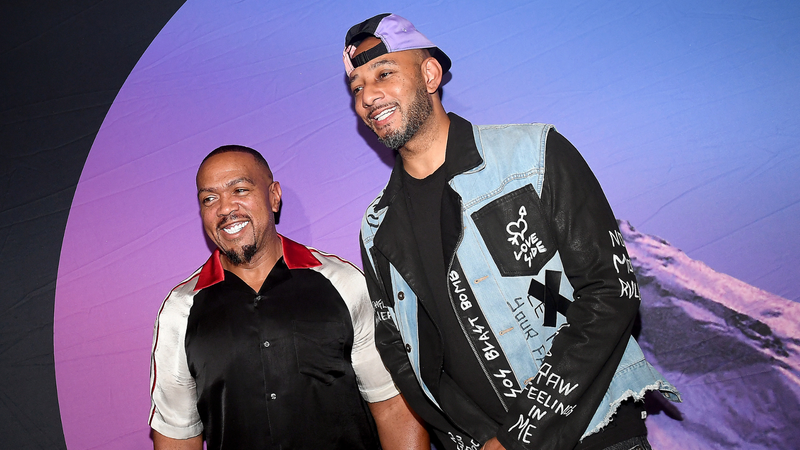 In mid-March 2020, the world was shut down and everyone craved an escape—what better way to escape than through music. So, Swizz Beatz and Timbaland took it upon themselves to see what could be done. They hopped on Instagram Live and played their songs in a battle-style to see whose catalog was more stacked and thus, VERZUZ was born.

It's been over a year and some of music's elite has blessed a VERZUZ stage. Not to mention, they've elevated beyond Instagram Live where artists were in charge of their own terrible wifi and setups. VERZUZ is now a virtual concert of sorts, with a full-scale production and it's only right for its founders to take advantage of its growth. The rematch between Swizz and Timbo took place at LIV in Miami during Memorial Day weekend and was as entertaining as you'd think.

The showdown was full of energy and several surprises. Not only did the esteemed producers take us down memory lane with their biggest hits from Beyoncé, Jay-Z, Justin Timberlake, Missy Elliott, J. Cole, and the late greats: Aaliyah and DMX, but gifts were exchanged and some friends popped in with special messages.

For Timbaland's birthday, Swizz gifted him with a custom jacket featuring airbrushed images of both Missy Elliott and Aaliyah and the VERZUZ logo. Their trio created timeless musical magic. While presenting, Swizz expressed, "Happy birthday King, I love you. I love you so much and I appreciate you for your patience with my crazy big nose a**."

Missy also sent in a special message for Timbo: "first of all, I wanna say congratulations and I wanna say I’m proud of you and Swizz and thank ya’ll for creating Verzuz, for us to relive some of the best moments in music [...] but Tim, you know Swizz be coming with them snappers. He be coming with them bangers, so you gotta come straight out the gate. We are VA; we don't play that."

.@MissyElliott with some words for SUNDAY’s #VERZUZ with @THEREALSWIZZZ and @TIMBALAND 🔥🔥🔥 pic.twitter.com/1LAPD1QReo