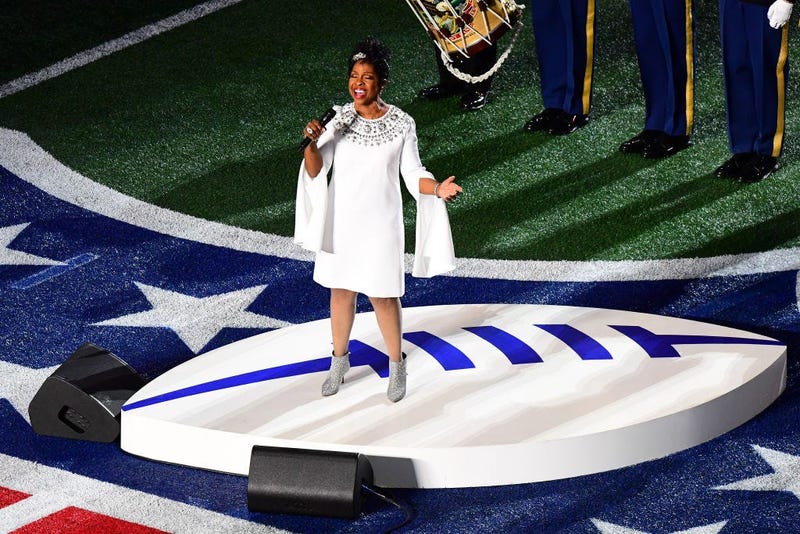 Jennifer Lopez and Shakira are confirmed to co-headline the Super Bowl LIV halftime show, it’s time to speculate about who will kick off the Big Game by performing the national anthem!

Super Bowl LIV will take place Feburary 2, 2020, at Miami’s Hard Rock Stadium. With a Latin theme set around the game already, wouold it make sense to bring out a hometown hero? We've included Latin superstars like Gloria Estefan, Camila Cabello and Pitbull on our list of potential anthem singers.

We've also included some Q104 favorites like Kesha, Lizzo, Taylor Swift, and Post Malone. It might also be cool to see a past Halftime Show performer like Bruno Mars belt out the opening song!

Vote below for who should sing the national anthem ahead of the Super Bowl LIV!