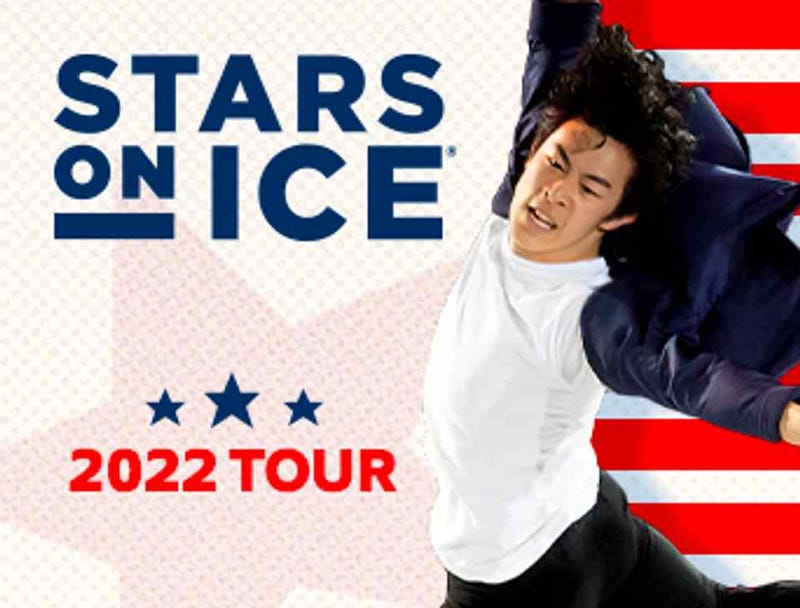 2022 STARS ON ICE TOUR WILL FEATURE TOP PERFORMERS FROM THE

TICKETS ON SALE NOW AT

Every four years, figure skating fans get to revel in the sport’s most celebrated platform -- the Winter Olympics. This year following the Olympics Games, U.S. figure skating fans will have the opportunity to celebrate live figure skating in person with the stars from Beijing.  The 2022 Stars on Ice tour will feature many of the U.S. skaters competing for medals at the Winter Games in China. The Tour will visit Cleveland, OH on Friday, May 6th for a 7:30 PM performance at Rocket Mortgage FieldHouse.

Tickets for the 2022 Stars on Ice tour are on sale now. Tickets start at $30 and are available at RocketMortgageFieldHouse.com. Limited on-ice seating is available upon request. Group discounts are available for parties of 10 or more.

Stars on Ice is pleased to have Kosé as an Associate Sponsor and Us Weekly as the Official Lifestyle Media Partner for the 2022 Tour.

Stars on Ice continues to be a pioneer in figure skating by offering fans the rare opportunity to witness some of the world’s most creative and cherished champions performing together in both individual and ensemble routines. Founded and produced by Olympic Gold Medalist Scott Hamilton, Stars on Ice is one of the premier family entertainment events in the U.S., and the only figure skating tour in America that has annually brought fans the greatest performances and competitors from around the globe.