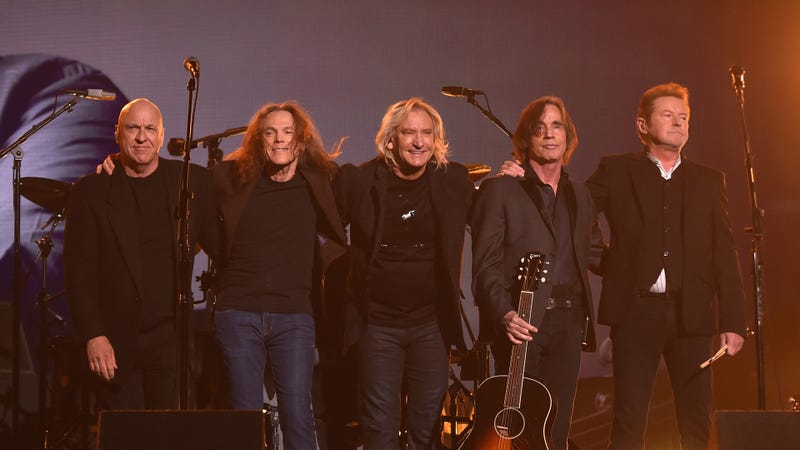 These days classic rock still reigns supreme, with artists like the Eagles and Queen taking top spots in Billboard's 40 strong list of the highest-paid musical acts of 2020 -- and with plenty of good reasons.

Following Taylor Swift, Post Malone, and Céline Dion, classic rockers The Eagles came in as the fourth highest-paid musical act last year, earning a total of $16.3 million -- with $11 million of that from 10 concerts they were able to sneak in before COVID restrictions suspended their highly-anticipated Hotel California tour. Not to mention being one of the most-streamed bands of all time, accounting for more than $2.7 million in 2020.

Now officially consisting of members Don Henley, Joe Walsh, Timothy B. Schmit, Deacon Frey, and Vince Gill -- one of the hardest working bands ever still count artists young and... not-so-young as die-hard fans, and they don't seem to be planning on slowing down any time soon.

Coming in strong at number 7 on Billboard's list was Queen, earning $5 million through physical music sales, and another $5 million-plus via streaming bringing their total to $13.2 million without even setting foot on stage.

Obviously, the reincarnation of the band with singer Adam Lambert has brought the beloved band into playlists of an entirely new fanbase, as well as the popularity of the group's blockbuster 2018 biopic starring Rami Malek, Bohemian Rhapsody.

Check out the top 20 list of Billboard’s Top Paid Musicians of 2020 below.