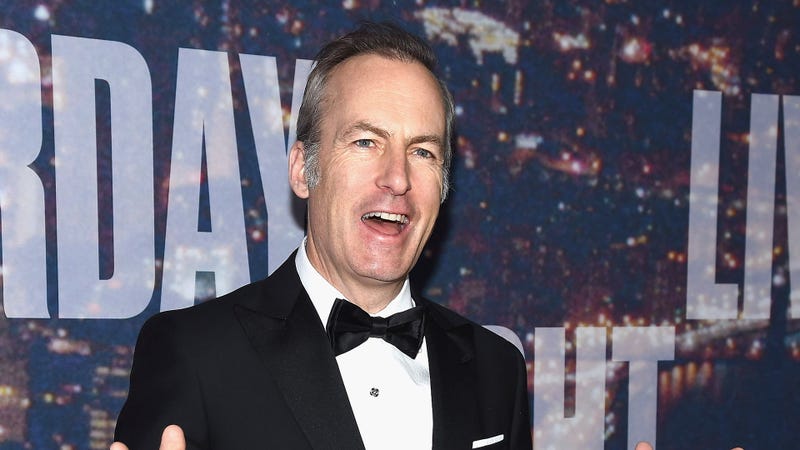 For comedian and actor Bob Odenkirk, it's not just underground meth labs and shady lawyering that he's best known for, as evidenced in his highly successful Breaking Bad spin-off Better Call Saul. In fact, he likely got a taste of all of that and more during his time writing for Saturday Night Live.

Before becoming the big star he is today, even before his work on Mr. Show with David Cross, Odenkirk was writing for SNL from 1987 to 1991; and again from 1992 to 1995 -- when both Fly on the Wall podcast hosts Dana Carvey and David Spade were cast members -- and helped create some of the show's most memorable sketches and characters.

Bob's new book, Comedy Comedy Comedy Drama: A Memoir is on shelves now, and within its pages, "I talk a lot about the trauma of 'SNL,' you know? 'SNL is pretty easy to write about because it was so hard and difficult for me personally," Bob says. "That's true for a lot of people; the story's been told many times but I just told my version of it. It's such a crucible of pressure and desire and discovering yourself, and it just leads to a lot of interior trauma, and then that's something to write about. Whereas when I got to the later parts of the book, and I'm writing about 'Breaking Bad,' -- there was a journey there to become a better actor but also the journey of the show becoming famous -- but the show itself was a well-oiled machine with nothing but pros in every direction and nobody having any emotional issues. Just working really hard and supporting each other. So, there's not much to say."

When Spade looks back on his experiences with Odenkirk in the late eighties, a time when all three of them were involved with the show, he remembers Bob always being in good spirits -- "because it's hard being in a good mood in that place," he admits -- and was always willing to take the time to help him as a new cast member. "Everyone has so much to do on their own plate... and it's hard to take a second to tell someone, 'Hey,'" says Spade. "Because it's someone that not ultimately might take your job, but just one more person kind of in your way in a weird way and you have to put that aside for a second and be a human being. And you did that."

From the absurdity of SNL, to preparing for an action movie, and the influence of comedy during childhood, listen to the full episode featuring Bob Odenkirk -- now playing on Audacy -- as Cadence13 invites you to be a Fly on the Wall with Saturday Night Live alumni Dana Carvey and David Spade behind the scenes as they reminisce about their most memorable stories and moments with friends of the show. In each episode, you’ll hear from your favorite cast members, hosts, writers, and musical guests as they share never-before-told stories about their careers.